What can we say come September 10? 14th after Pentecost

For my sermon, I'll use Romans 13:8-14 as a frame around what I will say about Exodus 12.  We are doing a little intro to Passover food and Judaism that week, and hope to have visual symbols of Passover food in the sanctuary Sunday morning.  I’ll get to that text in a moment, but first want to offer some thought on the New Testament lections for the day.

Romans 13:8-14 – one of many texts that calls into question those who would drive a big wedge between Jesus and Paul.  Here, just like Jesus, Paul alludes to the various commandments and then says they are summed up in the commandment to love. 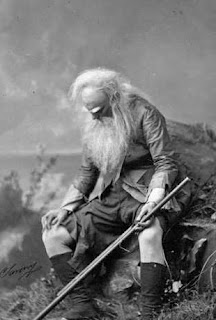 Then he moves to the stirring “You know what hour it is, how it is full time now for you to wake from sleep.”  Lots of sleepwalking images are fitting.  Americans have Washington Irving’s old story of Rip Van Winkle, who fell asleep in the Catskills as a faithful subject of King George, then woke up years later and was shocked to discover his beard was a foot long and America was a free democracy; he slept through the Revolution!  But I think about the “Seven Sleepers of Ephesus,” the 7 young men who (according to legend) hid inside a cave in the third century to escape persecution against Christians, then woke up at the beginning of the fifth century to discover the empire had become Christian.  The preacher could explore “sleeping through a revolution,” or it might be even more interesting to ponder what it would imply to wake up in a world where, if everything and everybody are Christian, then is anybody really Christian? 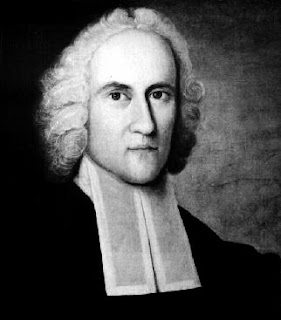 Americans also have “the Great Awakening,” a revival that was unanticipated and hard to understand today.  Read Jonathan Edwards’s dense, theologically muscular and not very entertaining sermons – and it’s hard to conceive that the masses, especially young adults, were stirred to renewed and deepened commitments to Christ.  Makes you wonder what might actually ‘work’ today.  Lighter, more accessible fare?  Or denser, harder stuff? 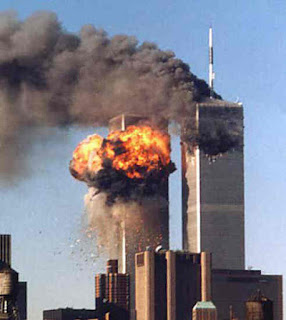 We will be one day from the annual marking of 9/11 - which some thought would prompt a great awakening of religious life.  It lasted about ten days.  What sort of waking up - and waking up to what is involved, theologically speaking?  Something far more than the pricking of national pride or fear for our security. 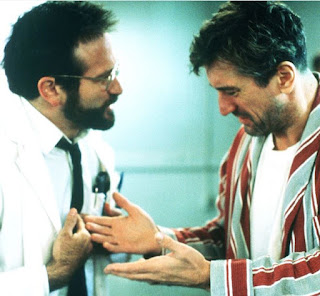 I also think of Awakenings, the book by Oliver Sacks (and then the 1990 film) – the story of victims of an encephalitis epidemic who surprisingly began to do quite well after years of affliction.  All are fitting images of the power the Gospel might have on a vapid, routine kind of life.

And I always recommend that preachers think, not only of what a text means for an individual person, but also for the church.  What would the awakening of the church, or of your church look like?  How would it actually happen?  Can the preacher paint the picture, which might draw the church toward the reality? 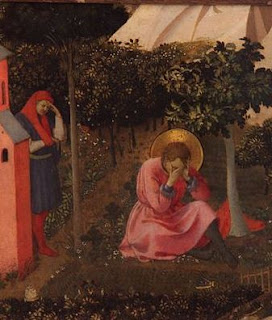 Romans 13, a rich text, then clarifies what waking up is about: “It is time to cast off the works of darkness.”  We are deeply indebted to this text for its impact on St. Augustine.  This is the passage he stumbled upon while struggling so mightily in the garden of his friend.  I love Sarah Ruden’s new translation of this moment in the Confessions:  “I was weeping with agonizing anguish in my heart; and then I heard a voice from next door, a little boy or girl, I don’t know which, incessantly and insistently chanting, ‘Pick it up! Read it! Pick it up! Read it!’” – and it fell open to Romans 13, in particular this: ‘not in reveling and drunkenness, not in debauchery and licentiousness, not in quarreling and jealousy’ (I was doing okay for the first four… but then the last two?).  ‘But put on the Lord Jesus’ (clothing again…), ‘and make no provision for the flesh, to gratify its desires.’  We have made all sorts of provisions for the flesh to gratify its desires!  We speak fondly of ‘comfort food,’ or for all sorts of occasions we say ‘I need a drink,’ or ‘You deserve that vacation at the beach.’ 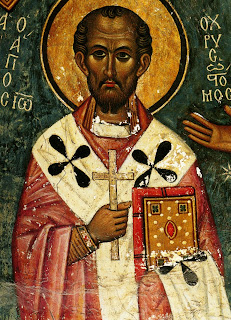 St. John Chrysostom commented on the almost inevitable connection between drunkenness and the others: “For nothing so kindles lust and sets wrath ablaze as drunkenness and tippling… Wherefore I exhort you, flee from fornication and the mother thereof, drunkenness.”

I can’t do much with Matthew 18:15-20 – admittedly a better process than backbiting, gossip, getting mad, or placating.

So, on to Exodus 12:1-14.  Passover.  Each spring, Jewish families gather for a 3000 year old ceremony, 7 times older than America’s Thanksgiving.  So the story isn’t history so much as a prescription of how to be Jewish – and we Christian preachers aren’t, so we’re reading somebody else’s prescription of how to be something we aren’t.  Our “Last Supper” accounts are analogous, and not supersessionist…  The Gospel and Paul’s accounts of Jesus’ last meal tell us how to do the Christian meal.  We should be very careful never to attempt something like a “Christian Seder.”  My Jewish friends are amused or appalled when we co-opt their meal…  Holy Communion is not a Christianized Passover.

We can approach Passover from a Christian historical perspective.  It was at the festival of Passover that Jesus came to Jerusalem, taught, got arrested and killed.  The Synoptics claim Jesus at the Passover before his crucifixion; in John, Jesus is the slaughtered, first born Lamb of God.  For me, the possibilities are far richer than simply saying Jesus died for us, like the Passover Lamb – which underscores some problematical theology anyhow. 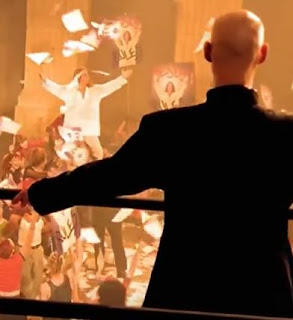 So what about this approach?  You paint the scene:  the population of Jerusalem swelled from perhaps 50,000 to a million in a few days; homes were jammed to overflow, tents covering the hillsides, racket, curling smoke, singing and shouting.  Josephus claims 255,600 lambs slaughtered in a single afternoon.  And in order to keep the peace, not merely because of the crowds but also because of the theme of the festival (deliverance from a powerful oppressor!), Pilate marched his regiments from Caesarea eastward, entering the city with much fanfare and intimidation, armor clattering – while Jesus provided his laughable but compelling counterpoint by entering the same city at the same time, ambling westward not on a war stallion but a humble donkey, unarmed, wielding nothing but truth and love.  For Christians, it isn’t that we replace Passover with something Christian like the Lord’s supper; rather, we confront Rome, the powers that be in every epoch, and take courage and hope in Jesus’ unlikely defeat of the once invulnerable powers.  That’s one way to think of Passover – and the political undertones cannot be muffled.  The powers that be, including our own, are questioned and exposed by the alarming peacefulness and mercy of Jesus.  {The image is from Jesus Christ Superstar - Annas as the power in this case looking down with a mixture of intimidation and anxiety on Jesus entering Jerusalem.} 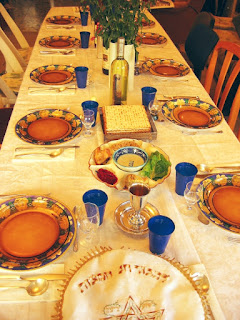 But there’s another type of approach to Exodus 12.  I don’t think I would dare preach on this Passover text had I never had the good fortune to be a guest in a Jewish home for a Passover meal.  If you haven’t done this, see if you can wrangle an invitation from a rabbi near you – although people in your family might convert.  My son had several Jewish friends growing up, and regularly said to me, I wish we were Jewish.  They just have more joyful rituals – and Passover is one.  Far from somber, a Passover meal is a time of great joy and celebration.  The Christian preacher has to reckon with how to invite Christians into regular family meals that are festive, biblically focused, and God-honoring.  Uphill climb – although I speak of this at some length in my book, Worshipful: Living Sunday Morning All Week.

At Passover, the youngest son rises and asks, “Why is this night special (or different) from all other nights?”  What is commemorated is the climax of the plagues in Egypt and Israel’s deliverance to freedom.  The food is delicious but also richly symbolic.


Harosset = a mnemonic of the mortar with which slaves built


Matzot = how they left in a hurry


And of course a bit of lamb, remembering the blood and sacrifice.

Could our food remind us of moments in our own salvation history?  The theme, redemption from slavery, might direct us to our own bondage (which American are loathe to recognize) – or perhaps to the reality of bondage in American history.  We still reel from the lingering effects of racism and slavery’s impact on our society.  God would have us ponder such things when we respond to Exodus 12.

Scholars remind us that the feast of unleavened bread wasn’t just a hustling out of Egypt thing; it was an agricultural festival, perhaps prior to the Exodus itself.  Passover similarly has connections to agrarian life, the offering up of a lamb as gratitude for the thriving of the whole flock.  Linking annual, natural blessings to spectacular historical interventions is the stuff of theology, worship and discipline.  As Roland de Vaux suggested about these nature-related Spring festivals:  “One springtime there had been a startling intervention of God.”  For years I have raged against vapid understandings of Easter that are about the blooming of flowers and the return of life to the outdoor world; but the resurrection of Jesus happened in just such a season – and our life with God is about something dramatic, once and for all, and also what is ongoing, annual, daily even.  Everything, including farming and eating, changes in light of deliverance – again, the subject of my book, Worshipful.

We are going to attempt something hands-on and multi-sensory.  Food in the sanctuary, with tastes, smells, visuals…  So much preaching and worship is for the ears only.  Does Exodus 12 invite us to find ways for worship to attend to all our God-given senses? 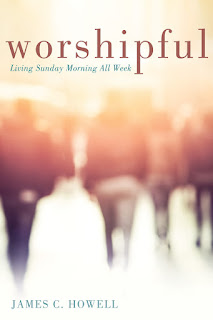