What can we say December 23? Advent 4 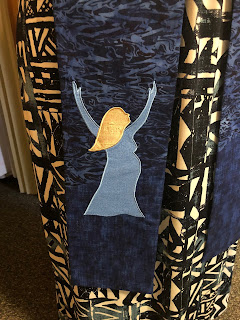 {Last year I published a generalized “Preaching Advent” blog on the nature of homiletics during this season, with lots of illustrative material that could work any Sunday; and also a general “Preaching Christmas” blog}

For me, Advent 4 will be a peculiar challenge this year, with Christmas Eve of Monday! Getting 2 sermons together for back to back days – and then preserving the emotional energy required. We’ll see. I wonder about exploring what it’s like just before a child is born. I remember Lisa feeling profoundly uncomfortable. We were semi-confident, but anxious. New life was almost there, but not quite, well-formed and ready to live but not yet visible to us. An ordeal was coming – yet the promise of wonder. Somehow Advent is like that, the spiritual life is like that. All of life really is like that. 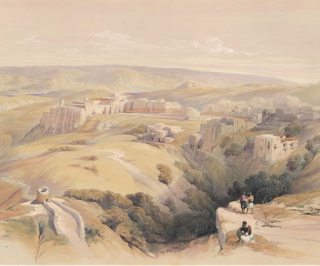 The texts intrigue. Micah 5:2-5a isn’t merely a prognostication, a crystal ballish prediction identifying centuries ahead of time the location of Jesus’ birth. Back in the 8th century, Micah was from a village (Moresheth-Gath) very much like Bethlehem – lying out in the country not far from the capital city of Jerusalem. The Assyrians rampaged toward Jerusalem and crushed the little villages – because of the idolatry and faithless policies of those in corridors of power in Jerusalem. So Micah is resentful, having fled his hometown, left behind in ruins, to take shelter in the Holy City – which saved its own neck but not theirs. Imagine the welcome when he threatened that “Zion shall be plowed as a field.” 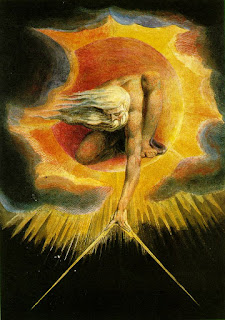 Hope, Micah declared, would not come from there, but from another little village, another one bearing the cost of shenanigans in the capital. David’s hometown – famous to us, the one we sing about at Christmas, but a backwater in those days. David was the little one, the unlikely choice among Jesse’s sons (1 Sam. 16) – and in the same way, Micah tells the powerful that their only hope is from the small, weak, unlikely place. Gospel logic always works this way. God is ready – indeed, God has always been ready to rectify human power and its foolishness. Micah speaks of this God “whose origin is from old, from ancient days.” William Blake depicted God as “the ancient of days.” 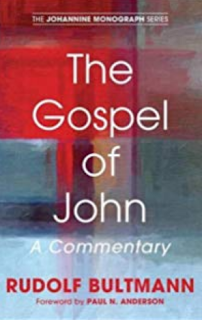 And this whole “origin” business: Rudolf Bultmann (in his commentary on John) wrote brilliantly about the meaning of being “born again.” It’s not an emotional rush. It’s a whole new life – and as he put it, “Rebirth means… something more than an improvement in man; it means that man receives a new origin, and this is manifestly something which he cannot give himself.”

In a book I’m working on, I relate this to Francis of Assisi. He had a physical origin, the son of Pietro and Pica Bernardone. But as his passion for Jesus grew, and as his father’s disgust with his son’s choices grew, Francis eventually had to abandon his earthly father and choose instead his heavenly Father – and a new family of “friars” (meaning “brothers”) in his new family of God with its peculiar but life-giving values and habits.

Francis is well worth exploring on December 23, as he created history’s first manger scene. In my Conversations with St. Francis, I wrote this: A year before his death he was visiting a friend in Greccio. He asked Giovanni to erect history's first manger scene: a straw crib, oxen, donkeys, and an image of the infant Jesus. The townspeople gathered on Christmas Eve, bearing torches. The friars sang hymns, medieval carols – and how I wish I knew what they sang! I try to imagine their voices echoing from the mountain’s edge down through the valley. I especially try to imagine Francis’s voice, for on that night, overcome with emotion, he preached – and listeners said his voice sounded like the bleating of a lamb. 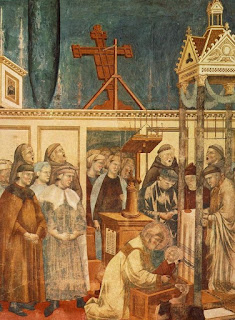 He picked up the infant figure, held it in his arms, and some said they thought they saw the child come to life. This little town of Greccio had been transformed into O Little Town of Bethlehem, far away geographically but very present in spirit.
Francis’s devotion to the humanity of Christ was tender; he understood that God was not aloof. God didn’t show off with overwhelming power. God became small, vulnerable, inviting us to love, and to be as tender as God’s own heart, power redefined as affection and song.
On that glorious night in Greccio, Francis ordered that all the animals be given a double portion of food. How odd for Francis, as he was famous for his fasting. Advent should be something of a fast that ends in a festive banquet come Christmas night. 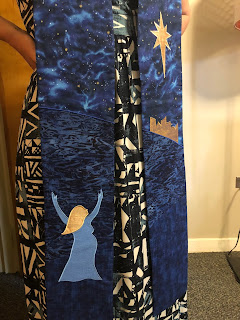 Turning to the Gospel proper: Advent 3 has the “Mary candle.” My daughter was given a stole depicting Mary. So lovely! Why isn’t she on more stoles?

And then our texts for today are about Mary’s visit to Elizabeth. The timing is a little off, as she can’t have been in Ein Kerem the day before she was in Bethlehem in labor! But theologically it’s pitch perfect. Mary, full of God’s tangible grace, visits the other miracle mother bearing John the Baptist. What a tender, beautiful meeting. The preacher can invite people just to ponder them standing there, embracing, gazing, loving, conversing, just sitting together, waiting, anxiously yet hopefully, together. Elizabeth’s words, of course, have for centuries been repeated zillions of times by Catholics praying the rosary.

And then Mary sings. We have anthems with the fancy Latin title “The Magnificat.” But I love to reflect on the simple fact that Mary sang a simple song of immense trust in God, and hope for the world. What did her voice sound like? Did Elizabeth join in? Harmonize? Smile? If you have a copy of my little book about Christmas music, Why This Jubilee?, you might look through my sections on Mary and her life, faith and hope just prior to Jesus’ birth.

Again, a short sermon is in order – and let it be reflective, marveling over Mary, her mood, her steady trust, uncertain but confident in God. No takeaway, no moral, no lesson. We ask folks to get “lost in wonder, love and praise” as we linger over the “round yon virgin.” 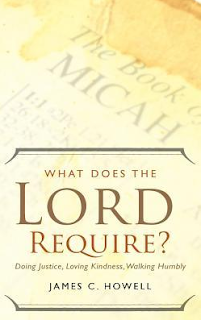 For more on Micah, see my little What Does the Lord Require?