** Here's a sermon I preached on John 4, just a couple of weeks after getting to visit Jacob’s well in Samaria: “Jesus’ Thirst.” 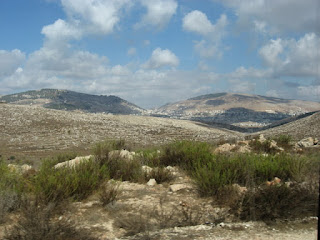 John 4:5-42: an embarrassment of riches, with so many rich moments to explore.  The setup verse (4:4) says Jesus “had to pass through Samaria.”  Hardly: this is the hilly, rocky, more dangerous route – even today, situated as it is on the West Bank.  This Greek word, δει, is pregnant with a sense of divine necessity.  He had to, as it his missional focus required him to go there.


Also, back then, it was Samaritan country.  They were actually Jewish, but attached to Mt. Gerizim instead of Mt. Zion, and to the Torah but not the Prophets (and not liking the prophets makes them like lots of people we preach to!!!).  So close to Judaism – and yet so far.  What is it in human nature that makes us most hostile toward the people who are just barely different from us?  There’s the hilarious (and crass) scene in The Life of Brian (not for the sermon, just for the preacher’s fun) where the People’s Front of Judea explain “the only people we hate more than the Romans are the Judea People’s Front”… 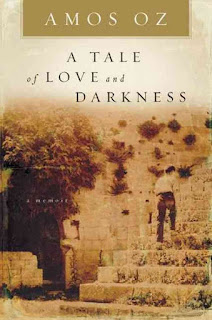 Joking aside, it is hard to be in any minority group.  Think of the pressure African-Americans or Muslims feel in much of the United States – and I ponder Amos Oz’s recollection of growing up Jewish: "The fear in every Jewish home, the fear we never talked about but were unintentionally injected with, like a poison, drop by drop, was the chilling fear that perhaps we really were not clean enough, that we really were too noisy and pushy... Perhaps we didn't have proper manners.  There was a terror that we might, heaven forbid, make a bad impression on the Gentiles, and then they would be angry and do things too dreadful to think about.  A thousand times it was hammered into the head of every Jewish child that we must behave nicely and politely with Gentiles even when they were rude or drunk, that whatever else we did we must not provoke them or argue or haggle with them, we must not irritate them, we must speak quietly... because even a single child with dirty hair could damage the reputation of the entire Jewish people. This constant drip-drip distorts all your feelings, it corrodes your human dignity like rust." 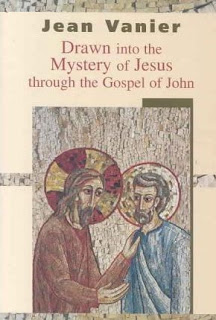 But this woman is despised even within her own despised group!  She comes to draw water at noon; most women went in the morning.  She is quite alone, as in lonely, ostracized.  Jesus encounters her – and he too is alone.  He becomes what she is.  He doesn’t judge, or teach a lesson, or even give her water.  He asks her to do something for him.  Jean Vanier, in his wonderful Drawn Into the Mystery of Jesus Through the Gospel of John, explains, “Jesus is showing us how to approach people who are broken and wounded: not as someone superior, from ‘above,’ but humbly, from ‘below,’ like a beggar.  Such people who are already ashamed of themselves do not need someone who will make them even more ashamed, but someone who will give them hope and reveal to them that they have value.” 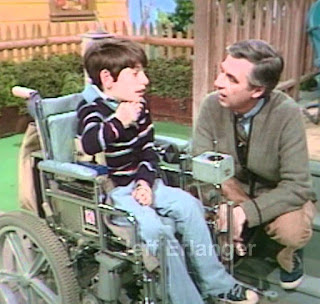 Once there was a boy born with an acute case of cerebral palsy who was treated terribly as a young child.  He was sent to another home where his mother noticed how he watched Mister Rogers’ Neighborhood.  She believed Mister Rogers was keeping her son alive.  Some big foundation worked it out for Mister Rogers to visit this boy, and when he did, Mister Rogers asked, “Would you pray for me?”  The boy was thunderstruck because nobody had ever asked him for anything.  He was the object of prayer, not the one to pray for Mr. Rogers.  But now he prays for Mister Rogers and he doesn’t want to die anymore.  Tom Junod witnessed this and privately he congratulated Mister Rogers for being so smart.  But Mister Rogers didn’t know what he meant.  He really wanted the boy’s prayers, saying, “I think that anyone who’s gone through challenges like that must be very close to God.”


Those who are thirsty, and then drink deeply from the water of life know how to be a fountain for others.  They are not afraid of the pain and thirst of others.  Can we hear this woman’s pain?  “I have no husband.”  She’s not lying, or covering up; it’s a lament, one we all sense in the gut.  How many negative images has she been bombarded with, and how much self-recrimination does she tote around in her head?  The Bible doesn’t tell us her name – par for the course.  She didn’t matter much to anybody else back then – except Jesus, who surely did learn her name, even if John forgot to tell us. 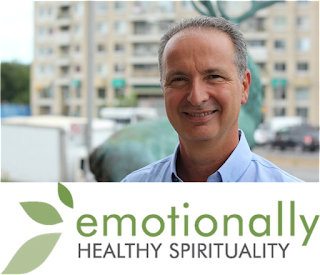 Jesus invites this woman to explore her past.  This is a crucial piece of Pete Scazzero’s Emotionally Healthy Spirituality.  You chart your genogram, you tell of brokenness in your past, and out of this candid vulnerability you come to a healthy, healing relationship to God – and with others. 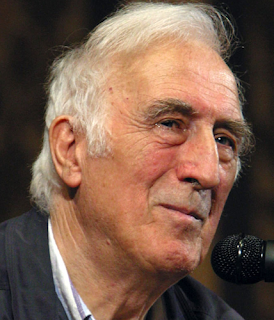 As Vanier puts it, “Jesus invites her, and each one of us, to revisit our past in truth: not just to analyze it or remain trapped in it, but to be liberated from its hold.”  And then to be filled, refreshed, washed with this incredible living water that Jesus is.  The well in Samaria, from which I have personally drawn water, is 135 feet deep!  This God business is deep, and it is “out of the depths” (Psalm 130) that we cry to God, and where we find him, and our healing.


In my newest book, Worshipful, I explore some medieval notions of being hungry and thirsty for the Eucharist – and then Jesus’ own hunger and thirst.  Julian of Norwich wrote that “Jesus will be thirsty until the last soul is saved and joins him in his bliss; his thirst is to have us drawn into him.”  And Bernard of Clairvaux: “My penitence, my salvation, are His food. I myself am His food. I am chewed as I am reproved by Him; I am swallowed as I am taught; I am digested as I am changed; I am assimilated as I am transformed; I am made one as I am conformed to him.”
Posted by James C. Howell at 7:50 PM