Two terrific texts for Lent 3! Oh, and we also have Paul’s 1 Corinthians 10:1-13. His typological use of the Old Testament leaves me cold somehow. It’s instructive to see Paul not being a full of laid back grace here. Plenty of Don’t!s. You have to wonder how the Don’t!s, surely needed in cosmopolitan Corinth which earned its dubious party reputation, actually played there, especially with the nuanced reading of an old Israelite wilderness tale. 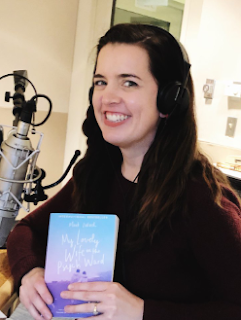 I’m a little bit bugged too by verse 13, which resembles the awful “God won’t give you more than you can handle” silliness church people trot out when sorrow strikes. Kate Bowler (Everything Happens for a Reason), among others, has assessed the futility and theological weirdness of such a notion. If we pay attention to Paul, he’s a little better than what we presume. He chides the Corinthians who must feel their tests are so great; he’s saying Hey, it’s common to humanity to struggle to be holy. If there’s strength required, it’s God-given, God-inspired, not just strength you happen to wield.

More importantly, the “you”s in verse 13 are plural. Paul Sampley wisely clarifies that testing “is never presumed by Paul to be borne by an individual alone… So the text supposes that God will not test us beyond what all of us can bear together.” I like that. Being holy is tough; bearing suffering is harrowing. We do these things together, or not at all.

Now, the lovely, picturesque, moving Isaiah 55:1-9. You can almost hear the prophet imitating the peddlers and shopkeepers on the street, hawking their wares. What the Lord is selling is water and food – sounding almost Eucharistic! A Christian rushes to Jesus, the living Water, Jesus, the Bread of the world. Before anybody’s heard of Jesus, we hear God offering to quench our thirst and fill our emptiness. Spiritual stuff – although what God offers is the Covenant! The covenant isn’t something we make happen on our side either. God says “I will make with you a covenant.” 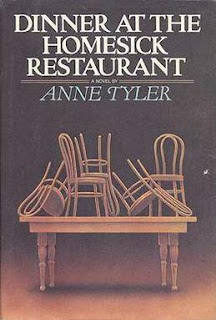 It’s all free. You who have no money? Come. Buy. And not the cheap, blue light special stuff. What is fabulously precious. Steve Shoemaker preached a brilliant sermon years ago playing on Anne Tyler’s Dinner at the Homesick Restaurant. Ezra Tull takes over Mrs. Scarlatti’s restaurant, and decides to make whatever food people are homesick for. Then Steve wound up the sermon by inviting the listener to imagine coming into God’s very fine restaurant. You survey the menu – and realize there are no prices listed. You assume therefore it’s absurdly expensive, and you’re in trouble. Just then the waiter asks you what you’d like, what you really want. You pause, then take a leap… but ask how much it costs. The waiter says, Nothing, it’s on the house.
Via the prophet, God asks why we spend so much for what doesn’t satisfy. Walter Brueggemann speaks of the “junk food” of the empire. The Rolling Stones sang it: “I can’t get no satisfaction.” William Temple suggested the world is like a shop into which some mischievous person has sneaked during the night and switched all the pricetags around – and so our tragedy is we spend ourselves on what has little to no value, while the precious things are quite affordable or actually free.
There’s so much in this short text! “Seek the Lord while he may be found, while he is near.” Is the Lord going away soon? Or is the “while” always? Claus Westermann translated it “Seek the Lord since he may be found, call on him since he is near.” The language of return, “abundantly pardon,” and God’s thoughts being so much higher than ours. Let these thoughts rumble around the room. Don’t over-explain. 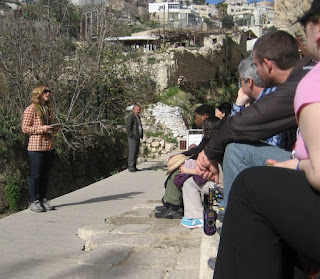 Then the Gospel, Luke 13:1-9. Fascinating: Jesus alludes to two recent stories in the news. Galileans slaughtered by Pilate while offering sacrifices! – and Eighteen died when a large stone tower fell adjacent to the Pool of Siloam (where I am taking a group in two weeks! - and here's a photo of my daughter preaching to young clergy I took there). Some suspect the tower was part of an aqueduct Pilate was building with pilfered temple funds. Even if not, you would think the faithful would rally in sympathy to those who suffered so unjustly.

But instead, they play the blame game we hear nowadays in our churches. Someone suffers? They must have done something wrong; they must deserve their lot somehow. They echo the monstrous counsel of Job’s friends. Dorothee Soelle (Suffering) dubs this “theological sadism.” We do it to ourselves, don't we? A bad turn: why is God after me? Marital failure: what did I do wrong? Mental health struggles: Why isn't God helping me? 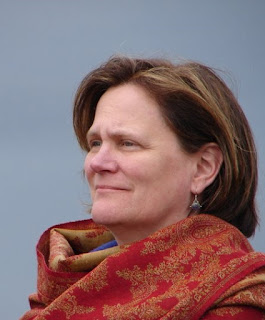 Then Wendy Farley (in her eloquent Tragic Vision and Divine Compassion) picked up on that image and wonderfully pointed out how “The association of suffering with punishment denies even the right to resist suffering. This sadistic theology conspires with pain to lock God away from the sufferer.” Pastors have to help our people understand and live into our solidarity with others in suffering, and never to impugn God as one who tosses down thunderbolts of misery on some but not others. Robert Frost’s wonderful poem, “The Masque of Reason,” imagines God thanking Job for setting God free from moral bondage to the human race – a way of saying that Job opens the window into the truth, that suffering and human goodness or badness are not cause-and-effect related.  Jesus, in his mercy, wanted us to know how to respond to any and all news stories – public stories, and those shared by someone you love.