Four solid texts for Easter 5. If you are continuing the narrative thread of Acts (our Old Testament reading??), the long story of Cornelius, Peter’s trance, the sheet with the non-kosher food presents itself (Acts 11:1-18). To me, it’s complicated, more for a Bible study class than a sermon – and hard to preach it without supersessionist or even anti-Semitic overtones.


I also hesitate a bit over the narratives that seem to toss the Torah into the garbage bin – so we saved-by-grace people can, evidently, do whatever we wish. At least Peter and his fellows cared about what they ate, and reckoned with whether it was pleasing to God. The issue here isn’t merely unclean food anyhow; it’s unclean people – those dastardly Romans, abusive, oppressive heathens. Eat their food – and with them? Jesus, of course, set a high bar (or an absurdly low one…) for meals. 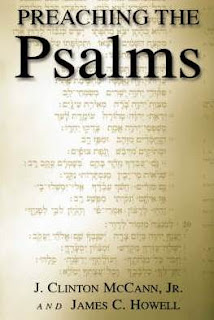 I’m leaning toward preaching on Psalm 148. Years ago I co-authored a book with Clint McCann, Preaching the Psalms – but don’t get around to it very often. 148 is one of the most imaginative and eloquent of all the Psalms. David Ford once wrote (in Living in Praise) that the antidote to despair is praise. I need to ponder that – and try some praising too. Praising is counter-cultural for us consumers. Praise wastes time. Praise isn’t about me, or even what God’s done for me.  Can I get out of myself long enough to praise? Could my sermon not be utilitarian, but simply an expression of how amazing God is?

I may explore St. Augustine's great distinction between love of use (uti) and love of enjoyment (frui). I love money because I use it for something else. I enjoy chocolate because... well, I just love it. God is looking for frui, but we typically go at God with uti… Praise takes some practice, some learning, getting outside, shutting off the gadgets. Annie Dillard's Pilgrim at Tinker Creek is the best tutor I know. She takes us on a tour of little creatures that amaze - and argues that "the least we can do is notice." 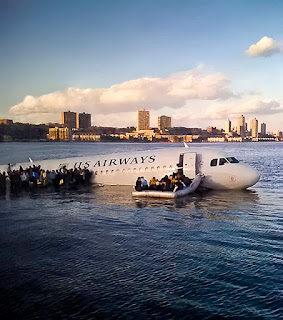 Rabbi David Wolpe also reminds us that the ability to express praise can be lost by disuse. "There is no trick to being grateful for that which is rare and special. To be grateful for that which is always there is difficult." The other day I was in a museum housing that USAirways plane that landed on the Hudson River. Videos of the survivors show them declaring how great God is. But can I see God's greatness in the bushes of my yard when they're the same bushes I've walked past for 16 years? Can I notice the stars? Can I praise God for my wife of 33 years (or even praise her directly)?

For Psalm 148, people are insufficient to the praise required – not merely because their words and songs are too feeble. We need every creature, the animals, and even the celestial, heavenly beings to join in our chorus to stand a chance of honoring God well. At Christmas, we sing “O Come All Ye Faithful,” including “Sing, all ye citizens of heaven above.” They join us, invisibly, inaudibly, yet profoundly, as we lift out voices in praise of our Lord. 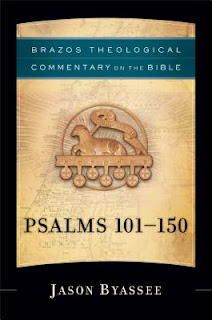 All of creation is to praise. Jason Byassee, in his terrific Brazos commentary on Psalms 101-150, ingenuously suggests that creation is “the lock for which God’s redeeming work is the key.” Creation isn’t neutral, just a place we happen to be. It’s the setting for God’s great redemption. It’s the target of God’s great redemption, as God is saving not only us but everything ever made. 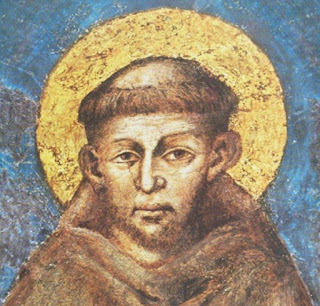 So every created thing should rightly praise God. It’s easier for the non-human world. Thomas Merton wrote that “A tree gives glory to God simply by being a tree.”  Indeed.   St. Francis showed us the way when it comes to joining the created creatures in praise. Not only did his famous canticle extol “Brother Sun” and “Sister Moon.” He preached to the birds, reminding them to praise God for God’s goodness to them, providing them branches in trees, brooks for drinking, and their lovely plumage, the air in which to fly.

Psalm 148 includes dangerous creatures: monsters, hail, the storm. I’m reminded of Job 38-41, where God take Job on a tour of creation, pointing to beasts, alligators, eagles, perilous yes, and part of God’s created order too, praising God by being the beasts that they are. Cedars, which were used to build the temple, and the fruit of the vine, producing wine for drink and the Eucharist: they quite evidently praise God by being themselves and fulfilling their purpose.

Kings and princes are urged to praise.  There may be a kind of deafness about them – although is their some paradoxical weirdness that, unbeknownst to them, their regalia, pomp, palaces and wealth say something, not about their greatness, but the greatness of God who created such beauty? God seems to envision such a bejeweled, immensely valuable destiny for creation – if our Epistle, Revelation 21:1-6, is any indication.

Then the Gospel, John 13:31-35, which has one simple point – which make it a treasure. Love is the one thing Jesus seems to require. He became an infant to elicit our love. As a teacher, he said the whole Torah hangs on the words about loving God and neighbor. We might have someone sing Beth Nielsen Chapman’s wonderful “How We Love” – and as a minimum, I’ll be listening to it all week so I’ll get the feel of love being not the most important thing, but just the thing. 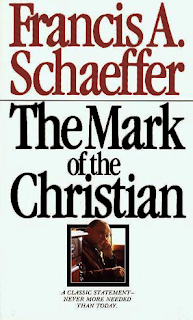 Jesus adds a haunting twist: “By this everyone will know that you are my disciples, if you have love for one another” – as if he anticipated we might just struggle with this, as we do and mightily in our day. Francis Schaeffer, the philosophical godfather of modern evangelicalism, wrote maybe his best little book about love, which he calls The Mark of the Christian. He ponders if it’s possible to be a Christian without showing this mark, “but if we expect non-Christians to know that we are Christians, we must show the mark.” He calls this “the final apologetic,” and then adds, “In the midst of our present dying culture, Jesus, upon his authority, gives the world the right to judge us, to judge whether you and I are born-again Christians on the basis of our observable love toward all other Christians.” They do judge us – and God would have it that way. So can we love? 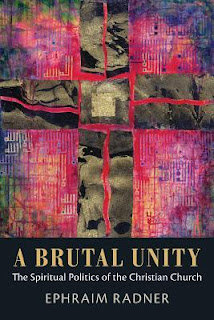 Aren’t we way more obsessed with being right? I love Ephraim Radner’s tender observation (in Brutal Unity): “When the greatest decision that human beings ever made was to be made, what did Jesus say?  How did he contribute?  When the truth was debated, did he speak his mind?  They led him to Pilate’s bar, and he never said a mumblin’ word; not a word, not a word, not a word… Jesus leaves behind his conscience as he moves toward those who would take it from him.  So that his truth becomes a way into a life for others.” 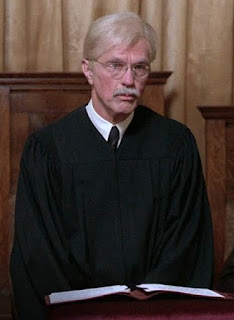 I might press this even further to remind myself and others that we may not understand others in Christ’s Body – but this is no barrier to love.  Who can fail to be moved by the final sermon Rev. Maclean preaches in A River Runs Through It? Having struggled with, and then suffering the death of his son, he gave voice to the “mark” when he said, “Each one of us here today will, at one time in our lives, look upon a loved one in need and ask the same question:  We are willing Lord, but what, if anything, is needed?  For it is true that we can seldom help those closest to us.  Either we don’t know what part of ourselves to give, or more often than not, that part we have to give… is not wanted.  And so it is those we live with and should know who elude us… But we can still love them…We can love – completely – even without complete understanding.”

{Just put out a blog on how Robert Caro, the LBJ biographer, is making me rethink preaching}
Posted by James C. Howell at 1:08 PM