What can we say August 8? 11th after Pentecost 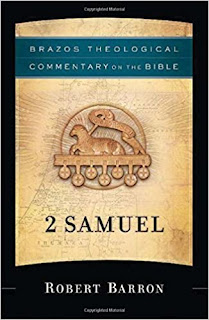 2 Samuel 18:5-33. Summer is a great time to touch on some of our marvelous Old Testament stories. Actually, all year is… How poignant and unforgettable is 2 Samuel 18? Absalom: his name combines ab, father, and shalom, peace. There’s no peace in this family or in this kingdom, the nagging, ongoing consequences of David’s pathetic behavior. David is morally weak – and how do we read him as a father? Indulgent? Weak? Immensely merciful? Robert Barron shrewdly asks, “Does David’s ‘weakness’ for his children, his failure to exact true justice in their regard, in fact not represent the deeper and higher judgment of God?” 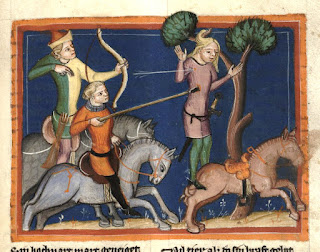 In this family quarrel / civil war, even the forest claims its victims, like The Wilderness campaign in America’s Civil War – and like the mud at Passchendaele in World War I, with the implication that nature itself is conspiring against these warriors. Almost comic, this vivid narrative of Absalom’s demise. Riding high, his hair – reminding us of Samson, and in Absalom’s case his impressive locks were a source of cocky pride – tangled in one of those trees. Kin to the avenging Treebeard of Lord of the Rings?? Did the betrayer Judas ponder this vignette when he went to hang himself? “He was left hanging between heaven and earth, while the mule that was under him went on.” He’s unseated, from his ride and from the throne. Tempting to tease out how we all dangle between heaven and earth!

David’s gasping, gut-wrenching sobs are worth repeating slowly in the sermon so people might feel the anguish. “O my son Absalom, my son, my son Absalom! Would I had died instead of you, O Absalom, my son, my son!” Barron points out that David “who composed an achingly eloquent elegy on the deaths of Saul and Jonathan is now reduced to moaning the name of his son over and over again.” He suggests that, as David ages, and loses more and more precious lives, “there is a kind of declension” in his poetic / verbal abilities. Our people understand well when the words just won’t come. The Bible knows agony, the kick in the gut, the unthinkable loss. No quick fixes. No easy answers. No divine miracle. God’s embrace is infinitely large. 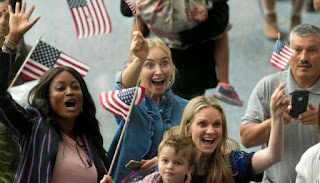 Ephesians 4:25-5:2. I preached on this text in the Fall when we departed the lectionary for a 3 month series on Ephesians. How odd: in its long stroll through Ephesians, our Lectionary skips right over 4:17-24 – which won’t stop me from saying something about it! How fabulous is this? Speaking to Gentiles, Paul says “You must no longer live as the Gentiles do.” This is like saying to Americans, “Don’t live like the Americans.” Indeed. We may love America – but the Americans? People aren’t exactly wise and holy out there. Hearts are hard. Paul touches here on some of what the Church has always called the “7 Deadly Sins,” greed, lust, sloth, pride, envy, anger, and gluttony, which describe not just life as it is in America, but also what people are aiming for! We’ve been duped into thinking anger does some good, that money and an easy life will bring joy, on and on. The Church has been and is right. These 7 are toxic to the soul, and to public life. 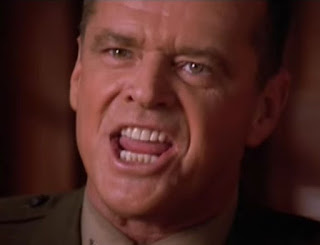 But on now to 4:25-5:2, which speaks of truth. What’s the climactic line in “A Few Good Men”? “You can’t handle the truth!” Handling truth is an art, requiring humility and wisdom. You can blurt out true things that are hurtful. St. Ephrem pictured truth as one wing of a bird, the only wing being love. Without love, truth can’t fly; without truth, love crashes to the ground. It must be said in our culture: truth is a real thing, although we’ve been hoodwinked into believing all news is fake and all thought is prejudice. How pathetic would it be if there were no truth, but only our pet notions and ideological murmuring? Truth sets us free, as Jesus reminded us (John 8:32). Truth is the way toward healing. Truth is that God is good, and there is hope. 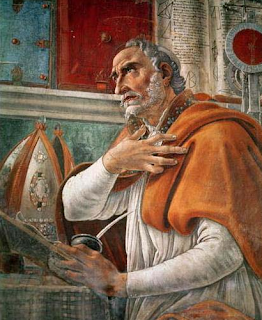 “Be angry but do not sin” (Ephesians 4:26) perhaps should be translated “When you are angry, do not sin,” especially as Jesus said anger is murder (Matthew 5:22). There is a kind of holy anger, although we mostly see unholy anger. St. Augustine poetically wrote that “Hope has 2 beautiful daughters: anger at the way things are, and courage to see to it they do not remain the way they are.” Get upset by what is not of God, not in sync with Jesus; but instead of stewing on it (is this sin?), do something. 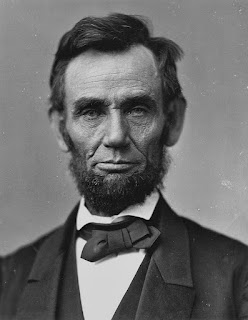 Paul’s prohibition of evil talk and advocacy of edifying talk? Sounds like an indictment across the centuries against us. We Americans have become a people who seem to cherish nastiness, bashing the other guy. It’s personal, and political. At the end of the Civil War, with boatloads of resentment in the air, Lincoln urged “malice toward none.” Words, even in our day when they’ve been cheapened, are powerful. The test for us is Do the things I say edify anybody? Is grace imparted? Or shattered by my words?

“Be kind to one another, tenderhearted, forgiving one another, as God in Christ forgave you” (Ephesians 4:32). Kindness is more tender and engaged than simply being nice, isn’t it? Why be kind and forgiving? Because God is kind and forgiving to you. What would Jesus do? Be sure you find out, instead of assuming Jesus is the Jesus of your fantasies… and try to copy him: “Be imitators of God, as beloved children. And walk in love, as Christ loved us and gave himself up for us, a fragrant offering and sacrifice to God” (Ephesians 5:1-2).

And the lectionary’s 5 week rampage through John 6 continues, so go to my post which covers the whole chapter and then each segment.