What can we say July 4? 6th after Pentecost

I always have some trepidation preaching the Sunday closest to July 4. This year, that Sunday is July 4. In my experience, American celebrate their religious freedom by not coming to church on such a Sunday! But there’s a bit of an I-dare-you feel among many church people, wanting flags, the national anthem, etc. I try to yield what I can yield; no use dinging people and burning what limited emotional capital you have with your people. My organist might play “America the Beautiful,” which does express entirely valid prayers for America. 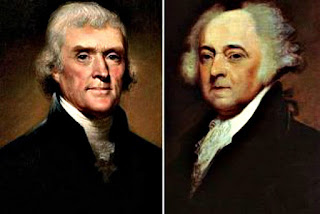 In preaching, I try to give people something they’ll infer is more what they crave. So a story of a soldier, without glorifying warfare. The late in life reconciliation between John Adams and Thomas Jefferson, with both dying (with considerable aplomb!) on July 4, the 50th anniversary of the July 4! And Scripture gives us plenty of thought on freedom, that gift of the Spirit liberating us not for fireworks, hot dogs and beer, but for holiness.

2 Samuel 5:1-10 is about the establishment of a nation, the accrual of political power. Verse 10 interprets things: “David became greater and greater, for the Lord was with him.” Did they infer that? What was the greatness? David was a vicious autocrat, pummeling his foes, deceitful when deceit earned him another inch of power. There are dual plots in this story: David’s chicanery, his derring-do, clutching power, vs. God’s plan, will, gift. Maybe all national powers unfold in such a way. Maybe God works through and despite the tawdry, unholy ways of politics in the corridors of power. 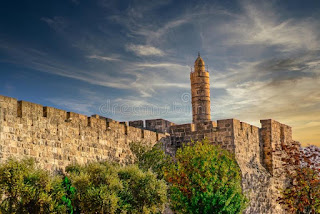 Psalm 48’s glorification of a single city makes much theological sense. Pilgrims was streamed there for centuries, Jesus died there, Easter happened there. But the thicket of violence and strife as three religions and political powers vie for the space. “God is greatly to be praised in God’s city, his holy mountain, beautiful in elevation, the joy of all the earth” is more aspirational, hopefully not just nostalgia or something spiritualized. I love the pride expressed in the Psalm, which pilgrims there still feel: “Walk around the city, count its towers, consider its ramparts.” I take groups there, and try not to disabuse them of too much of their joy in the towers and walls, which are either Crusader or Muslim or modern… God is there.

2 Corinthians 12:2-10. Paul! I love Paul, then he’s hard to bear, then fabulous in the very next moment. He knows “someone” (it’s like our phrase “asking for a friend”) who was “caught up into the third heaven… and heard things not to be told.” Not the second or fourth heaven but the third. How’d he know where he was up there? Then he boasts that he’s not boasting. Paul! 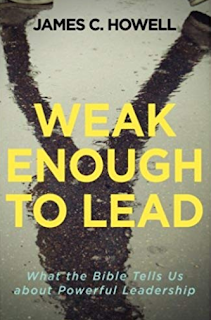 But then his elegant pondering on weakness. To speak of weakness is simply telling the truth, nothing shameful in it. God made us all as vulnerable, breakable – and so we are all broken, and weak. I wrote a whole book on this: Weak Enough to Lead, after wearying of so many books and talks about how to be a strong, effective leader. Paul would have us file simple resumes: I am weak. Good! The strong, the wannabe-strong, are so American, or Nietzschean, believing their skill and strength will get them wherever. Get a tattoo, as a pastor but as a Christian, on your forearm or forehead: “My grace is sufficient… My power is made perfect in weakness.” Tell your people about weakness, yours, theirs, everybody’s. That would be a surprise, good, shocking news in our world of tough guys. 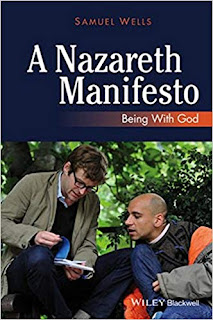 Mark 6:1-13. Don’t you love Jesus’ skeptics? “Isn’t this the local boy?” They’d seen him grow up in Nazareth. Unless those faked later Gospels are to be believed, he didn’t dash off miracles as a boy, adolescent or young man. Sam Wells has helped us see that Jesus’ unremarkability is precisely God’s point: “The ministerial period makes up perhaps 10% of Jesus’ life among us. What is the theological significance of the hidden 90% - the 30 odd years Jesus spent in Nazareth? Those Nazareth years demonstrate, in their obscurity as much as their sheer duration, in their simplicity, God’s fundamental purpose to be with us – not primarily to rescue us, or even empower us, but simply to be with us, to share our existence, our hopes and fears, our delights and griefs, our triumphs and disasters.” His wise claim is that “the most important word in theology is ‘With.’” God is with us. This shifts how we do ministry. We don’t do for others. We are with them. If you’ve missed A Nazareth Manifesto, get it. I’ve dubbed it the most important book in theology in a decade.

Jesus was God with us. Emmanuel is his nickname! Then we also see “His family was with him.” Sort of. They are a bit slow to catch up – but what greater testimony could there be to the truth of the Gospel than that Jesus’ own brother James, who knew him from playing on the floor, doing chores around the house, waiting for the bathroom, etc., became not merely a believer but a leader in the church!