What can we say March 28? Palm Sunday 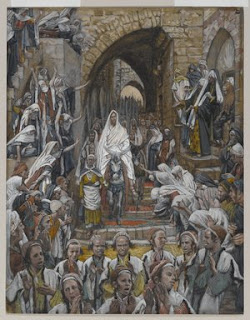 We’ve made Jesus’ entry to Jerusalem on Palm Sunday cute, admirable, joyous – missing how laughable and even ridiculous it had to have been. A king on a little donkey, not a war stallion like Bucephalus (Alexander the Great’s mount) – a borrowed donkey at that. Those following weren’t armed or rich or influential. Dreamers. William Placher mused that recently healed Bartimaeus was probably in the crowd. Martin Luther noticed Jesus road on “an animal of peace fit only for burden and labor. He indicates by this that he comes not to frighten anyone, nor to drive or crush anyone, but to help him and carry his burdens.” 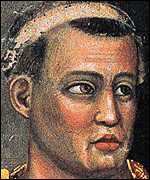 Pretty courageous, especially since Pilate had just marched his legions from Caesarea on the coast to Jerusalem to intimidate, to secure the city overcrowded at Passover. His stomping regiments, with arms clattering and banners waving high, heading east into the city could not have found a greater contrast that Jesus, donkey hooves clomping on the stone, children holding leafy branches in the air, heading west into the city. The perpetual clash of good and evil coming to its climax. 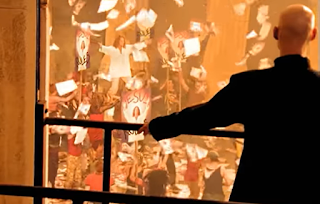 Hard to beat the wisdom inside Jesus Christ Superstar's "Hosanna Heysanna..." with the crowd's escalating appeals to Jesus: Won't you smile for me? Won't you fight for me? Won't you die for me? I lucked into a podcast (my "Maybe I'm Amazed") conversation with Tim Rice, who wrote these and all the words for that splendid musical! Lots of insight in there for Holy Week! For Palm Sunday, we feel the jubilation, and yet the painful ironies, the dawning realization on them, and us, of impending doom and what's at stake.


The shout “Hosanna!” isn’t cheering in church, but a prayer, a cry for help meaning “Save us now!” Mark alludes to the obscure Zechariah – who had given up on human rulers and prophesied that “On that day the Lord God will save them… Lo your king comes humble and riding on a donkey.” What foolish person would draw attention in such a meek, easily-mocked way? There is some mystery afoot here. And we begin to understand that Jesus never protects his own dignity, but is ready to fling it aside to love anybody. 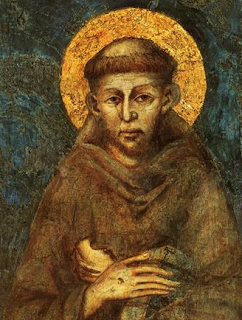 Imitating Jesus, St. Francis of Assisi strode directly into the jaws of danger. Joining the Crusaders in the battle of Damietta in 1219, he walked across No Man’s Land between the heavily armed Christians and the saber-rattling Muslims – unarmed, barefooted. He was so pitiful that, instead of butchering him, the soldiers hauled him to the sultan, Malik al-Kamil. Francis spent three days with him, befriending him, and bought peace in that region. Well, for a brief time.

What is the homiletical takeaway? Go thou and so likewise? Hardly. We simply find ourselves in the crowd, excited yet with the hunch that a week of agony for this holy one is beginning. Just before Lent we observed the Transfiguration. No takeaway there. The disciples fell on their faces in awe. I dream of the sermon that has no moral, no lesson, but simply causes all of us to say Wow, Jesus is amazing, so courageous, so humble, so loving, so bold, so holy, so divine. That’s really enough, isn’t it? 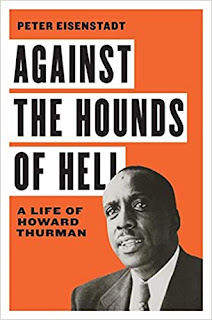 I also like to think each year about Howard Thurman's lovely thought (whether it winds up in my sermon or not) - all the more interesting in light of Peter Eisenstadt's new, great biography, Against the Hounds of Hell. “I wonder what was at work in the mind of Jesus of Nazareth as he jogged along on the back of that faithful donkey. Perhaps his mind was far away to the scenes of his childhood, feeling the sawdust between his toes in his father’s shop. He may have been remembering the high holy days in the synagogue with his whole body quickened by the echo of the ram’s horn. Or perhaps he was thinking of his mother, how deeply he loved her and how he wished that there had not been laid upon him this Great Necessity that sent him out on to the open road to proclaim the Truth, leaving her side forever. It may be that he lived all over again that high moment on the Sabbath when he was handed the scroll and he unrolled it to the great passage from Isaiah, ‘The spirit of the Lord is upon me to preach good news to the poor.’ I wonder what was moving through the mind of the Master as he jogged along on the back of that faithful donkey.”
Posted by James C. Howell at 10:28 AM