What can we say Easter Sunday?

Easter preaching, to me, is so hard – in three ways. There’s normally such a “prettiness” to the day, with lots of sightseers, the Christmas and Easter peeps, flowers; people are there not so much out of heightened religious interest, but just because. What will it be this year? Record crowds? Not so much so? Fascinating that Easter became the big political target - for Covid-19 to have passed, or not... Clearly not. So what is Easter without the throngs? It's important to name that on Easter #1, there were very, very, very few people, who were confused, afraid, uncertain. That's where we are in 2020. Not bad, theologically and pastorally.

It's always communicating that Easter isn't about you and me. It's about God, and Jesus, how amazing they are - as we will see. You can view the sermon I did four years ago (featuring some Winston Churchill humor, reflections on the deaths of a two year old and a teenager in our church family just before Easter, and some wisdom from Julian of Norwich). 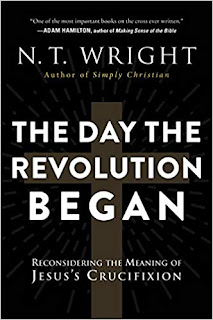 Fascinating (to me): the plot of the Easter accounts in the Bible seems to be, not Jesus rose so you get eternal life, but Jesus rose, so you are forgiven. And Jesus rose, so he’s vindicated, he’s amazing, he’s the One. If you’ve followed my blog, you know I advocate preaching sermons that aren’t Here’s the text, so go do such and such, but are rather just reflections on how amazing Jesus was/is. I think the Gospels do this. It’s just Wow, he really is the Messiah, the crazy things he said and did now most clearly are wonderfully the way. N.T. Wright wrote of The Day the Revolution Began: Good Friday, yes, but paired with Easter, the great newness, the grand redemption, was unveiled for all to see and join in. 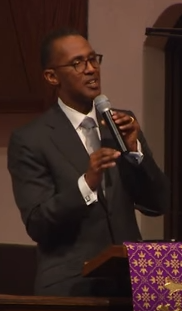 Matthew 28 interestingly begins “After the Sabbath” – meaning this kind of thing unfolds during the day of rest, when we aren’t laboring but are only trusting God’s hand to be on what we aren’t managing or producing right now… reminding me to encourage all clergy to watch the best sermon for clergy I’ve ever heard  - and it’s on this business of the women, the tomb, and the Sabbath – by my friend Claude Alexander; a must watch – and don’t miss the song right after the sermon.

I wonder about the role of personal testimony at Easter. I did this after the DaVinci Code came out, along with the other anti-Christian books that sell so well. I clarified that for me, as a guy, not as pastor, not under instruction from the bishop, but just me, a naturally cynical guy: I really believe Jesus didn’t stay dead, but he rose, he appeared. I can clarify various things, like It’s not a resuscitation, etc. But I really believe this amazement happened.

If I were asked for proof, I’d go for the one several others have advanced: in those days, lots of great, heroic leaders died; some were even believed to be messianic. After their deaths, their followers trudged home and gave up or looked for the next great thing to come along. Jesus’ followers never went home, but launched out into the world, risking everything, and often winding up dead or hurt, because of one thing only: they had seen the risen Lord. As Rowan Williams said in The Sign and the Sacrifice, “It’s hard to see how this new age faith could come into being without an event to point to. The language of resurrection is historical, not speculative: it’s about earth before it’s about heaven. The very untidiness of the resurrection stories is one of the main reasons for taking them seriously. What’s going on is clearly people struggling to find words for something they had not expected.” 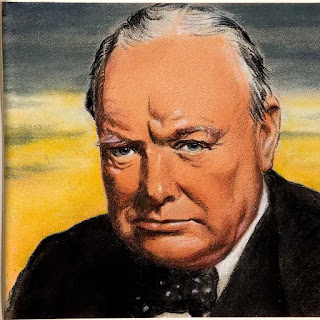 Christianity is not the Jesus of Nazareth Society – rather like the Winston Churchill Society, looking back to a great dead leader. If Jesus is risen, there is a human destiny. We were made with dignity and liberty so that, one day, we would be companions for Jesus Christ. Human nature was endowed with all its gifts so it would one day be a proper vehicle for the transforming work of God the Father.” What a high view of humanity!

But don’t forget it was Matthew who shared that between Jesus’ death and Easter proper, there were earthquakes. All creation trembled – and it’s all of creation that is ultimately redeemed by this God, not merely human souls headed to heaven. 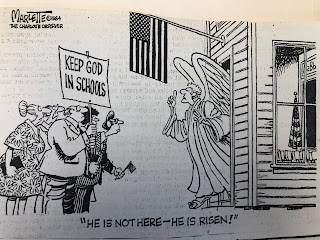 While we welcome Easter as so pleasant, we should note that, unanimously, the first witnesses were flat out terrified. And then the “He is not here, he is risen” reminds me of the many places we think Christ must be but he’s on the loose, not so blithely contained where we expect him to be. Doug Marlette’s cartoon about prayer in the public schools is wicked funny – and probably not for the sermon proper but the preacher’s own edification and inspiration: 2 angels standing on the front step of the schoolhouse, telling people toting Bibles, "He is not here. He is risen." Or maybe for the sermon: where do we not expect God to show up? & where does God show up we don’t envision? 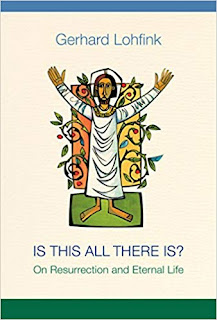 I am sure we trivialize Easter, and Christianity, when we make it about me and my eternal life. I cannot commend strongly enough Gerhard Lohfink's fabulous Is This All There Is? Resurrection and Eternal Life. He begins by dissecting how modern blather about death (that we live on in memory, or are forever digging whatever we dug in this life) isn't very different from ancient melancholy and resignation (like the common tombstone saying, "I was not, I was, I am not, I do not care"). Biblical hope is about incorporation into Christ’s eternal body, and participation in the redemption of all creation. Is there judgment? Yes - in that we will finally see with total clarity who we really are. This ultimate encounter with truth, in light of God's mercy, will strike in us our need for healing, and purification.

Hell (for Lohfink) isn't something God imposes. God loathes hell. “If there be such people who with the fundamental choice of their existence seek only themselves and reject everything else, God must leave them to themselves, to their own closedness-within-the-self. God cannot overpower them and certainly cannot assault them. Such a person then would really have nothing but his or her own self – and that precisely would be hell. We can only hope that there is no such person, that even in such cases God’s grace will prove victorious by tearing open the self-created prison of that person’s own existence. We can only hope that hell is empty.”

As empty as Jesus' tomb. Resurrection, in Scripture (as Lohfink explains), isn't only of soul, and not even of just my body. It is all of our life, books I’ve treasured, a garden I planted and tended, another person I loved, my unfulfilled dreams – all the great music, paintings, scientific research, any and all amazement ever by anybody. Resurrection incorporates me and you into all nations and peoples, with the unborn child you never knew, and all the saints - thankfully, as in eternity we will be granted "a full share of the patience of the most patient mothers, the wisdom of the holy, the courage of the martyrs, the faith of Paul, Francis, Teresa, the rapture of the great lovers." Big, this Easter hope.