What can we say September 29? 16th after Pentecost

Three great texts, thematically interrelated too. I wouldn’t try to preach on 3 texts… but sometimes an allusion to one, or at least probing deeply into a text I’m not preaching on actually enriches the preaching. I think.


Jeremiah 32:1-3a, 6-15. The precision of dating (the 10th year of Zedekiah, and the 18th year of Nebuchadnezzar) provides essential background, and also reveals how God’s Word comes into and is intimately responsive to real politics in the world. And the mention of the world’s most powerful guy, Nebuchadnezzar, suggests that God and his seemingly powerless emissary, Jeremiah, are not intimidated; they won’t be bullied (in the same way that Israel escaped under the mightiest of the pharaohs, Ramesses II, and Jesus was born under the mightiest of the emperors, Augustus).

Jerusalem is under siege. The preacher can paint the picture of the armies arrayed along the hillsides and valleys around the city walls, the sense of gloom and sheer terror among those peering over the towers. In this bleakest of all moments, Jeremiah (under something of a house arrest?) manages to slip out to purchase a field in Anathoth, 6 or 7 miles away. The adage Buy low, sell high doesn’t quite apply: no fool purchases a piece of land when the Babylonian army is swooping in for the kill. The land will be theirs any day now.

The 17 shekels of silver is a dramatic investment in the future – one no one else could see. Jeremiah made a big show of signing the deed, displaying the papers in public, and then storing them in an earthenware jar. God’s future, and the future of the nation, was what Jeremiah was declaring his firm, if foolhardy belief in. He would not personally benefit from or even be around for the eventual turn in value, decades away. Reinhold Niebuhr’s words apply: “Nothing worth doing can be accomplished in a single lifetime. Therefore, we are saved by hope.” 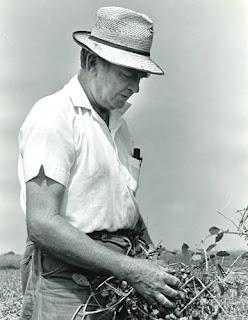 It occurs to me that the story of Clarence Jordan founding Koinonia farms is precisely the same sort of contrarian investment in land: a farm where blacks and whites share all things in common - in rural Georgia in the 1940's! Jordan's life is full of fabulous preaching material: check out my blog summarizing his life and such stories. 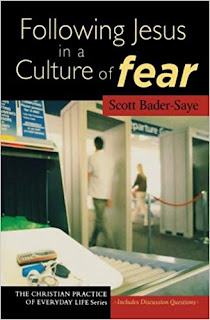 1 Timothy 6:6-19. I preached a sermon I think I titled “Love Your Money” a while back – benefiting from Scott Bader-Saye’s distinction between good and bad fear: there must be good and bad loves of money. Good love of money is like good love for your children: it’s not about or for you, but it’s about their thriving and finding their God-given purpose. Preachers can bore, if they do what people predict (which in this case is a harangue about greed) – so you can surprise them by encouraging them to love their money even more, and more truly.

I preached on this text 3 years ago just days after a police shooting in Charlotte (where I live). Amazing how texts lend themselves to varying contexts and timings. 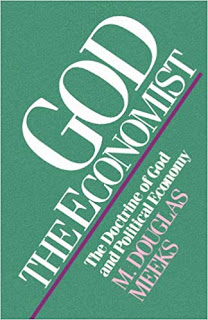 We are doing a series this Fall on “Enough” – weighing the work of Doug Meeks (God the Economist) and Sam Wells (God’s Companions), hopefully helping our people think about the unending reach of creeping necessity, and what “godliness with contentment” (as in this Sunday’s text) might be (and in Scripture, it’s pretty minimal, food and clothing). On "contentment" - check out InLighten, some short films geared to lectionary readings (including this one!) and theological themes; they are fantastic and speak in a dramatic way to people - so the uses for the pastor are many. The film on this text speaks deeply to the emotions, and in theologically wise ways.

Paul shrewdly diagnoses the inner entrapments of the soul the desire for money enmeshes us in. Desire for money and what money can purchase is addictive and deceptive. It really does lure you away from true faith, and your very self is “pierced” by many “pains.” Allowing that some are just rich, Paul urges them not to be “haughty” but to be “rich in good works.” I wonder if you have a story of someone with very little who was generous and at great peace – or the flipside, someone with much who’s rattled and prickly about it. As if to illustrate the point, the lectionary pairs this Epistle reading with the Gospel: 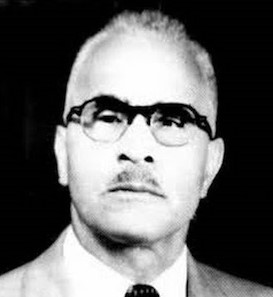 Luke 16:19-31. Vernon Johns, Martin Luther King Jr.’s predecessor at Dexter Avenue Baptist Church in Montgomery, got hauled off to jail in 1949 for advertising his sermon title “Segregation After Death” on the church marquee. His text? The parable of Dives and Lazarus (Luke 16:19-31). Under interrogation, Johns was required to preach the sermon to the police. Dives, gazing across the great gulf of prejudice, is blind to the humanity he shares with Lazarus; he thinks of him still as a servant, demanding that Abraham “send” Lazarus with water. Dives has been condemned by his insistence on segregation, which he perversely maintains even after death. Johns not only draws our attention to the disdain in Dives’s assumption that Lazarus is at his beck and call, but he also embodies in his own arrest and harassment that very kind of disdain in a modern context.
The name Dives isn’t in Scripture, of course. The rich, purply feaster remains nameless – illustrating God’s great reversal of the way things are in this world. As Jesus tells the parable, the rich guy does know the poor man’s name. Had he simply stepped over him often enough to have heard his name? The entire parable is a little dicey if we try to get literal about it. Jesus is not giving a photographic portrayal of what things will be like: hollering across a massive chasm, Abraham leading the conversation, etc. It’s a story, brilliantly making its point. And you can’t miss the irony in “If someone from the dead goes to my brothers, surely they will repent” – but the risen Christ has failed to persuade millions, who might give mental assent that Okay, he arose! but live unaltered, unrepentant lives, jammed full of sins of commission and omission.
The preacher will be wise to anticipate objections to the obvious suggestion that he should have helped the guy. Should we really just give to anyone who asks? People should be responsible! Dependence on charity actually ruins people’s chances of rising up to self-reliance. In the churches, we’ve been warned “toxic charity,” the way our holy efforts to help those in need are either wasteful or counterproductive. 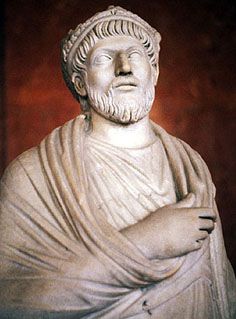 Fascinating how our awareness of toxic charity can underwrite cold hearts – and so avoiding toxic charity leads inevitably to toxic lack of charity. We are Christians after all. Check out Paul’s great fundraising campaign for the poor he didn’t know (2 Corinthians 8-9, Romans 15:14-32, 1 Corinthians 16:1-2). How might we conceive of our offerings for those in need? “Whoever is kind to the poor lends to the Lord” (Prov 19:17). Recall the complaint about the Christians from the emperor Julian the Apostate: “Those impious Galileans support not only their own poor but ours as well.”
Whatever our political ideology might be, Jesus and Paul established giving as a holy obligation. Never forget that for Paul, the poor also are required to help the poor! Some of the most courageous, impactful ministries for the poor I’ve seen in my lifetime are fully carried out by people we’d think of as poor. I have a friend in Lithuania who engages in startlingly effective ministry with the poorest of the poor – while she herself is poor. And when I’ve preached in Haiti, we take up a collection for, yes, the poor. 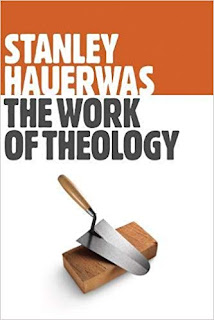 As Christians we pursue a peculiar kind of charity that doesn’t stop when we put a check in an envelope. Charity without relationship really is toxic. How much church charity drills home the demeaning message that You are a problem, We are the answer, You have no worth, We will provide worth and you can thank us. Wesley was right: it is always better to deliver aid than to send it. Dives could have sat on the step with Lazarus and shared a meal, or invited him in to sit at his own table. Jesus did say “When you have a dinner, don’t invite those who can invite you in return, but invite the poor…” (Luke 14:7-14). The daunting but achievable and joyful goal is described by Stanley Hauerwas: “To know how to be with the poor in such a manner that the gifts the poor receive do not make impossible friendship between the giver and the recipient. For friendship is the heart of the matter if we remember that charity first and foremost names God’s befriending of us.” 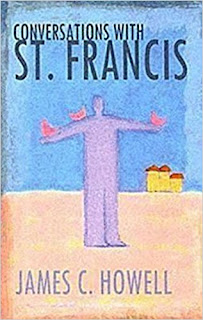