What can we say October 20? 19th after Pentecost

Jeremiah 31:27-34 brings us full circle from Jeremiah’s call, where God promised to use him in plucking up and breaking down, and then to build and to plant. Late in his ministry, after the agonies of Jerusalem’s destruction, God promises to “watch over them” (tender image, isn’t it?) to build and plant. I wonder if this is a week for preachers to consider the days of their ministry, from God’s calling until now. What has unfolded? What has God done? Or not done yet? Can we without being trite promise our people that God still has a good work to do? Or are we still at an early-Jeremiah stage, where more plucking up and breaking down is in store? I think it’s entirely valid for the preacher simply to raise questions, and let the people ponder. 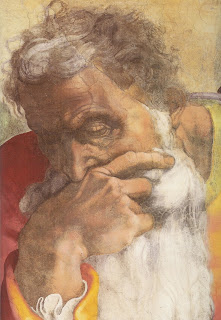 Looking toward the horizon of God’s future, Jeremiah upends a proverb Ezekiel also referred to (in chapter 18). We like to think we are independent and free, but quite clearly parental stuff creeps into the children. Genes determine so much. Adverse Childhood Experiences determine so much of our mental and even physical health. The old saying “Jesus might live in his heart, but grandpa lives in his bones” is hauntingly true. Not to mention historical and cultural impacts. One generation makes a pact with the culture (Let’s have smart phones!) and the next can’t extricate itself (I’m addicted to this thing). One generation indulges in foolish foreign policy, and the next can’t figure out a simple exit strategy.


Jeremiah fathoms a day when this chain will be broken. That’s the goal of the church’s work, right? Not a little charitable patch or salve here and there, but a generational breaking of the cycle of poverty, or spousal abuse, or injustice in the streets. We don’t seem entirely capable of pulling this off. But God is, and our privilege and responsibility will be to share in God’s labor for such a day.


The last verse is the fantasy of every clergy person who has tried to educate people in the faith. Jeremiah dreams of the day when we don’t even need to teach. They will simply know the Lord. Is this on this planet one day? Or do we wait around for heaven to happen? 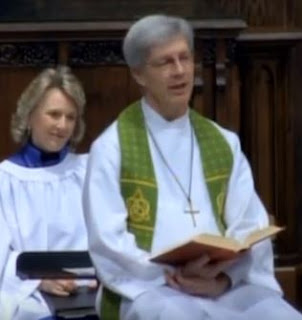 2 Timothy 3:14-4:5. What is Scripture? Never have we experienced such a huge preaching/pastoral question!!! Maybe need a class (or classes) instead of a sermon. And yet to stake out the beauty, wonder, and life of Scripture in preaching is essential. One time for my sermon I left the pulpit, sat on a stool holding my own personal Bible, gave a little intro to why I love it, and why it's hard, and then flipped through, pointing to some particular passages that matter; you can watch here. I likely will do this again on Sunday!


“Inspired” means “breathed into.” Scripture isn’t a set of iron tablets, but a living things with dynamism and vitality. And the Bible clearly claims to be human witness to God, even if cajoled and shaped by God’s Spirit. The Qur’an claims to be direct dictation by Allah. The Bible is different – which we can tell from its contents. 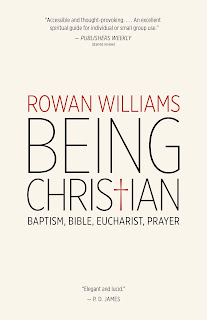 The Bible is a sprawling tome unlike any other book we’ve tried to read. Since we’ve heard this is God’s Word, we expect something eloquent, accessible, moving, simple and memorable. Instead we get a messy hodgepodge, and it’s not exactly a page-turner. Contemplating the dizzying diversity of kinds of material in the Bible, Rowan Williams asks, “How can all of this be addressed by God to us? This is what God wants you to hear. He wants you to hear law and poetry and history. He wants you to hear the polemic and the visions. He wants you to listen to the letters and to think about the chronicles.” This book is the means God uses for us to know God. You can only conclude then that knowing God is a challenge.


You might also conclude that if God wishes to be known through tales of dysfunctional families, court cases, love poetry, wars and outlandish dreams, then it must be the case that the God in question is right there in the thick of our dysfunctional families, legal doings, romance, battles and fantasies. God isn’t confined in a pretty chapel, or to the times our eyes are closed. With eyes wide open, we see God everywhere, with everybody. If we believe this, then we can begin to think differently about other books we might read. God loves books, and reading – and not just pious stories and books, if the Bible itself is any indication! More on this later.


Much in the Bible is troubling, not only to us, but also to God. Can it be God dislikes much of what is in the Bible – the very Bible God gave us so we could know God? Williams points out that the Bible tells stories of how people heard God, and their responses to God. But, “we do not have to work on the assumption that God likes those responses.” Some Bible writers thought God wanted genocide, or ferocious judgment on others. If we look at the broad canvas of Scripture, we get a pretty clear portrait of what is (and isn’t) in God’s heart and mind. Then we have good cause to see what in the hodgepodge of the Bible is out of kilter with God, and we get a glimpse into what breaks God’s own heart. I don’t believe God likes all the war and narrow-mindedness in the Bible. How clever of God to let what breaks God’s heart into the very book that shows us God’s heart. 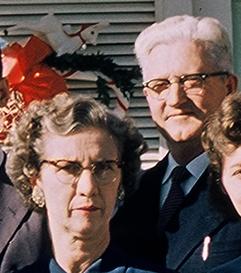 Bible reading isn’t a spiritual discipline so much as it is finding true north, a way of understanding and living. Allan Bloom could have been describing my own grandparents, whose piety I envy, when he wrote, “My grandparents were ignorant people by our standards; my grandfather held only lowly jobs. But their home was spiritually rich because all the things done in it...found their origin in the Bible's commandments, and their explanations in the Bible's stories. I do not believe that my generation, my cousins who have been educated in the American way, with M.D.s or Ph.D.s, have any comparable learning. When they talk about relationships or the human condition, I hear nothing but clichés, superficialities, the material of satire.”


When we speak of the “inspiration” of the Bible, it’s more functional than ontological. To say that the Bible is inspired does not mean it has some strange property, intrinsic to its pattern of ink on the page.  Rather, its authority has more of the force of a constitution, something that defines how a community of people will act, where the fences should be put up, how we approach reality in order to continue to be who we have been and must be.  Our text sees Scripture not as a tool to judge anybody, but as “profitable for training in righteousness, so we may be equipped for good work.”


Our text teases the preacher, doesn’t it – so how do we identify the “itching ears” and the “myths”? Best to avoid grandstanding, appealing to the ideologues who populate our pews! Yet how do the people, including the preacher, have this hankering for what is not of God? 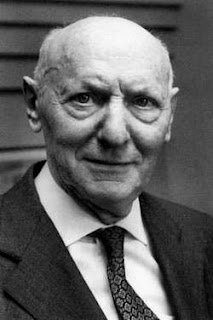 Our Gospel, Luke 18:1-8, amazes, evoking more than a single sermon needs when it speaks of our “need” to pray, and “not to lose heart.” Simply own that our people, preachers included, lose heart in praying, and in living. The need to pray? Isaac Bashevis Singer said “I only pray when I am in trouble. The problem is, I am in trouble all the time.”


Our text is obviously not allegory (as St. Augustine pointed out) – or else God is the judge who says “I have no respect for anybody” and gets sick and tired of her bugging him. Of course, there is a bit of a theological wink in pondering God as the unjust judge. God isn’t fair. The courtroom is rigged, for the judge is also the defense attorney, not to mention the victim who will bear the penalty. 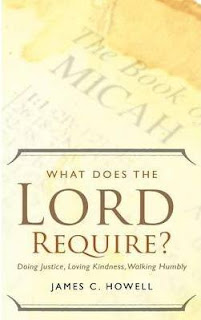 God will grant justice though. The languages behind our text intrigue me. It’s not that God “grants” justice, so much as God “does” justice: the Greek is poiēsē. Our minds flit, rightly, to Micah 6:8, where we learn that God desire that we too do justice (the Hebrew Jesus would have had in mind was mishpat). In my book on Micah 6:8: “It seems that God does not merely want us to want justice, or to wish justice would happen. God doesn’t say ‘Think about justice’ or ‘Campaign for justice’ or even ‘Pray for justice.’ Justice reveals what is in the heart of God. Mishpat is God’s dream for a special kind of community… A thumbnail summary of what mishpat justice is about in Israel would be this: justice is when the poorest are cared for. A just society is not necessarily the one where fairness reigns and the diligent are rewarded. A just society is the one where everyone belongs, where the neediest are taken good care of, where no one is hungry or disenfranchised. Walter Brueggemann suggests that justice requires us ‘to sort out what belongs to whom and return it to them.’” It’s all God’s – and so the Haitian proverb applies: “God gives, but God doesn’t share.” 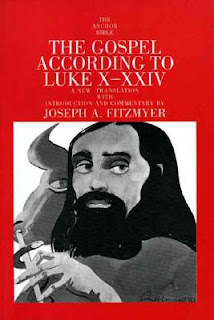 Fitzmyer leans toward “vindication” (or even “vengeance”) for ekdikēsin. The widow has been wronged, and God will vindicate her, and all who have been wronged. Paul told the Romans, “Never avenge yourself, for vengeance (ekdikēsin) is mine” (12:19). We’re glad – but then the counter-question in v. 8 is haunting: Yet will Son of Man find faith on earth?
Posted by James C. Howell at 12:42 PM