What can we say August 11? 9th after Pentecost

Isaiah 1:1, 10-20 is sort of an overture to Isaiah’s message, a little introductory anthology of his primary themes. Reluctant as we and our people might be to hear it, Isaiah’s mission is the disclosure of Israel’s sin (and our sin), the certainty of judgment, and their dire need of repentance. How interesting: the lectionary skates past verses 2-9, which expose the extent of Israel’s sin (which isn’t a minor peccadillo now and then but thoroughgoing fallenness!) and the severity of God’s judgment. 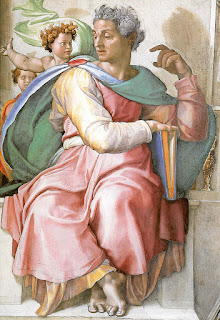 The preacher needn’t skip – although any such preaching is dicey, as a call to repentance can be a thinly veiled expression of my frustration and anger at my people, or else a weirdly popular kind of grandstanding where our summons to repentance is nothing but a thinly-veiled critique of what we don’t like out there. To what degree is current talk about repentance something we think somebody else out there out to be doing? Examples abound… Or if we internalize it, how much is writhing in a mood of guilt, instead of genuine Old Testament repentance? – which would pick up on the Hebrew shuv, meaning to make a 180° turn, or even the Greek metanoia, meaning a change of mind? It’s not feelings of remorse, but real change.

How, in the wake of shootings and so much public agony, do we call not only ourselves, and not only the church, but even the nation to repentance - in a meaningful, hopeful way? Exposing the false gods (which Marianne Williamson named during the last Democratic candidates' debate) is a starter, and keeping it focused on what God is doing or might do soon: both matter immensely. People, especially the younger ones, are known to crave relevant preaching, and some courage from us. How can I exhibit deep love while being courageous? So: Let's take up why worship, and even prayers, might bore or infuriate God - and then Isaiah's indictment of "blood on the hands."
Isaiah (whose name means “The Lord saves”) sees a vision. Fascinating: like the author of Revelation, he is vouchsafed a glimpse into heavenly realities, into God’s very presence. Down on earth, the year must be 701 B.C.E.  After the stranglehold of the Assyrian juggernaut, Zion alone is left, and barely. The people foolishly saw its survival as a great blessing, as if God were pleased with them and not others. Always beware any theology that says I made it, they didn’t, God has sure been good to me. 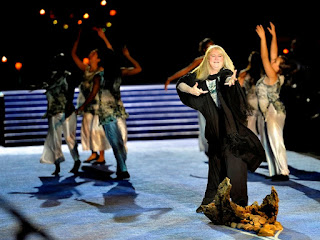 Isaiah gives voice to God’s exasperated assessment of their worship. At our previous denominational General Conference, I penned a blog on this that went viral – as it wasn’t hard to imagine, after our lovely, moving worship, overhearing God saying “Remove from me the noise of your worship,” as we fought like cats and dogs once worship had ended. Isaiah’s God chides them for the futility of their sacrifices – making me shudder, as we don’t even bother with the sacrifices before we cause God to shudder. 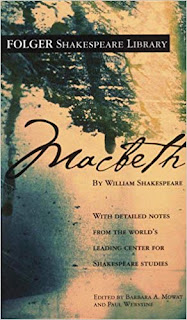 Notice that God notices that their “hands are full of blood” (v. 15) – thinking of their guilt, reminding us of Lady Macbeth. In Israel, worshippers hands were not just metaphorically stained with blood. The animal sacrifices would have left bloody traces on their hands, a vivid image the prophet points to. The preacher can play with this: Pilate tried to wash his hands of Jesus but could not. Lady Macbeth could not rid her house of its guilt. Jesus, the bearer of all guilt, died with his own blood all over his own hands. I wonder if this is a Sunday to revive a couple of those old, gory but theological pointed hymns about the blood of Jesus.

With the numbing horror of repeated mass shootings, the "hands full of blood" image makes you shiver. We need to speak in wise ways on this. I tried to in last Sunday's sermon - echoing some of what I blogged about a while back about the futility of "Our thoughts and prayers go out to the families of the victims."

Hebrews 11:1-3, 8-16 begins a long, eloquent text, a roll call of heroes of the faith, as if the author was thumbing through Scripture in his mind. I wonder if the preacher might do just that: hold a Bible, start in Genesis, thumb through, mentioning Abel, Abraham, Moses, David. I’d add a few from the New Testament, and church history (“By faith, St. Francis…” “By faith, my grandmother…”).

People think faith is believing spiritual things, or having religious feelings, or trusting God will do stuff I ask for. Hebrews, with simplicity and yet near-philosophical sophistication, defines faith as the substance (hypostasis, what stands under or supports, a foundation, and thus the real nature of things, with the added nuance of serving then as a pledge, a down payment) of things hoped for (elpizomenon). Hope is always worth repackaging for our people. Late in his life, Martin Luther King, Jr., said “I am no longer optimistic, but I remain hopeful.” Christopher Lasch distinguished these well: optimism believes things will get better tomorrow; hope is ready if things don’t get better. Optimism is up to us doing better; hope depends on God. 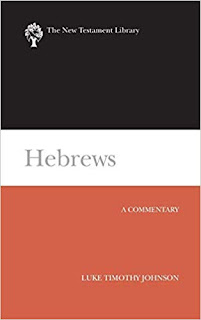 Faith is “the conviction of things not seen.” What isn’t seen? Invisible, spiritual realities? Not in the Bible’s understanding. The unseen things are in the future. Our future is secure with God, so faith can live in the uncertainty and even agony of now. Luke Timothy Johnson: “Faith makes actual, or makes ‘real,’ for believers the things that are hoped for, as though they were present… They are understood to be as real, or even more real, than things that can be ‘seen,’ that is, verified by the senses.” Here I love a thought David Steinmetz used to emphasize about Martin Luther – for whom “the organ of faith” was the ear, not the eye. The eye can deceive; we are fooled by what we see (or don’t see). The ear hears – and hears God’s Word, which can be trusted no matter how things look. 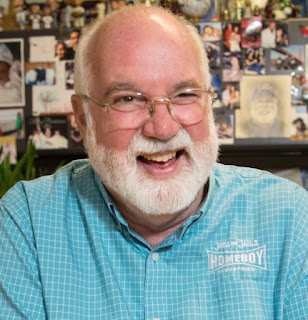 Hebrews deftly reminds us that when Abraham was called, “he went, not knowing where he was to go.” Genesis 12 portrays God telling Abraham to go – where? “A place I will show you.” Jesus called his disciples to go… where? They had no clue. In my Will of God book, I explore this at some length: we want a map, or to know “God’s plan for my life,” when in reality we simply follow, taking the next step. “Thy word is a lamp to my feet” – not a brilliant Coleman lantern, but a Bible-times little pottery lamp that might light up the road for about 4 or 5 feet. You go, you take the next step, then the next. Faith is going, moving - as Father Greg Boyle (who spoke here on Monday!) reminds us, "Faith isn't about saluting a set of beliefs. It's about walking with Jesus and being a companion, particularly standing in the lowly place with the easily despised and readily left out." Is his model of how to be in ministry with gang members a window into how to transform our violent society?
Hebrews 11’s images are powerful. Abraham “had no city,” but God was creating one for him (and God’s people). Robert Caro tells about Lyndon Johnson arriving in Washington as a young man from the hill country of Texas. He would walk toward the Capitol building, glistening in the rising sunshine, and he would begin to run out of sheer delight. Sarah had no fertile womb. God’s will, God’s way for you, but more importantly for God’s church, does not depend on our resources but on God’s vision and our following, not our ability but our availability. 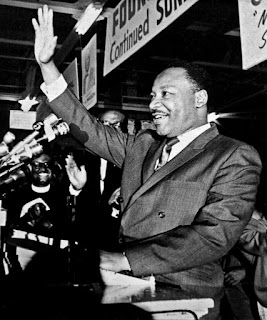 How poignant is it that Abraham (just like Moses) died not seeing the fulfillment of the promise, not participating in what all of life had been a pursuit of. No, he “greeted it from afar.” Moses did this from Mt. Nebo: Hello, promised land… The preacher would be wise to point to Martin Luther King, Jr.’s final sermon (“I’ve seen the promised land… I may not get there with you”) – or Reinhold Niebuhr’s great wisdom (“Nothing worth doing can be accomplished in a single lifetime; therefore we are saved by hope”). 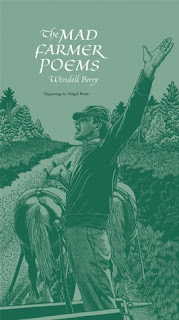 Luke 12:32-40 is an assortment of Jesus’ short, pithy sayings. We might think of Wendell Berry’s similar list of counsels, “Manifesto” (“Every day do something that won’t compute. Work for nothing. Denounce the government and embrace the flag. Give your approval to what you cannot understand. Praise ignorance. Ask questions that have no answers. Plant sequoias. Practice resurrection”). How different (worth noting in a sermon!) are Jesus and Berry from the conventional wisdom you find on posters or in chat rooms. 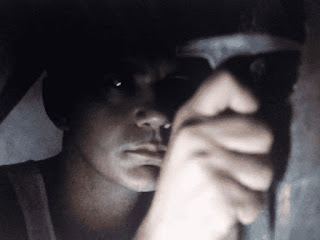 A few details. Jesus calls them his “little flock.” How tender. How humbling for them, and yet how hopeful. “Let your loins be girded” means, as Levine and Witherington put it, “Let your long, ankle-length robe be adjusted by the waist-belt to ensure readiness for action or departure.” The “breaking into” of the thief means literally “dug through.” We can paint the picture of the mud-brick walls of houses in those days. It would take a while – almost like Andy’s escape from prison in The Shawshank Redemption!

As always, Jesus emphasizes our need to travel light, to own little, to give with abandon – and that to lay up treasure in heaven is accomplished not by being pious but by outlandish, generous giving to those in need (as Augustine, Ambrose and Chrysostom explained early on). If our people wonder why we don’t experience much Jesus or resurrection, we need look no further. How might we, and our people, make even incremental progress on such things?