What can we say November 24? Christ the King 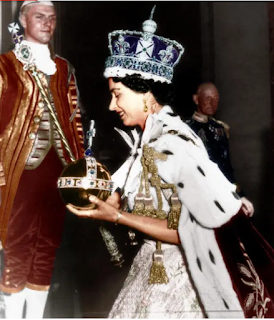 Before sharing thoughts on our texts, I'll share that I plan to open my sermon, just after Luke 23 is read, by saying "Some coronation!" Then I'll describe in detail the last coronation we've seen in the English speaking world: Elizabeth II in 1953. {And yes, my wife and I are fans of "The Crown," even without Claire Foy...} Millions watched on international TV as royalty gathered, regiments marched, the fleet lined up in formation as the entourage processed into Westminster Abbey. Adorned in a silk velvet cloak, Elizabeth heard the choir sing Psalm 122 ("I was glad..."). She was handed the royal orb (of gold, jewels, pearls), the scepter (studded with diamonds and sapphires), and the royal ring (of sapphire, ruby and 14 diamonds) before St. Edward's Crown (velvet with 444 precious stones) was placed on her head. She was given dozens of titles (Her Majesty, Head of the Commonwealth, Defender of the Faith, etc.). Everyone, including her mother, swore allegiance, and sang "God Save the Queen." She rode away in a golden carriage. Royalty and the powerful from all over the world rejoiced. Jesus' processional was ugly. He carried his own cross not to a church but to the place of the Skull. He was stripped of his modest garments, and mocked. One title, King of the Jews, was jokingly attached to the cross. Jesus sang (screamed) not Psalm 122 but Psalm 22. His hands held not an orb or ring but nails, his scepter was a piercing lance in his side. His crown was of thorns. His mother bowed down in intense sorrow. Mockers cried Save yourself. They carried him away and put him in an empty stone tomb. The powers thought they were done with him.

At the conclusion of Elizabeth's coronation, she knelt, removed her regalia, and took communion from a silver paten and golden chalice. I wonder if she thought of our Lord. This meeting of worlds is the point at which we discover what the Gospel is and isn't... Okay, on to the texts now: 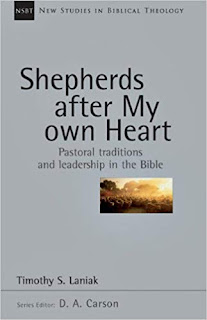 We are blessed with (or challenged by) three great texts for Christ the King. Jeremiah 23:1-6 reveals the prophet’s thoughts on Israel’s shepherds – not the guys herding sheep, but the kings. Tim Laniak shows us that “in the Ancient Near East, flocks could number in the tens of thousands, requiring considerable administrative savvy… They were responsible to care for the sheep, insuring adequate food and water, leading to pasture, making space for rest, providing security, and fending off menacing threats.” The mightiest nations spoke of their kings as shepherds.

Jeremiah calls down a Woe! on Israel’s. They “destroy” the sheep (or as Robert Alter translates is, they are “negligent” shepherds, allowing the sheep to go astray. Jeremiah engages in savage wordplay: in Hebrew, shepherd (ro‘eh) is hardly distinguishable from evil (ra‘ah), and so they are. A preacher may delicately ask about the ways political leaders, whether their policies are popular or not, or effective or not, might actually veer people away from God. Most likely, they all do nowadays, as our modern idolatry is our political ideology.

Jeremiah’s severity is the preparation for his hopefulness (as in his call in 1:4-10 – to break down and then build up!). God will gather the lost sheep (reminding us of Jesus’ words about gathering his sheep, and even seeking the one out of a hundred that was lost). The shepherd God will raise up for the people will deal wisely, and execute justice (mishpat – that marvelous Hebrew word meaning not fairness but the poorest being cared for!) – and you have to love this: he will be named “The Lord is our righteousness.” It’s probably an ironic play on the name of Israel’s last dud king, Zedekiah – but in the tradition of symbolic names, it might be the best one. 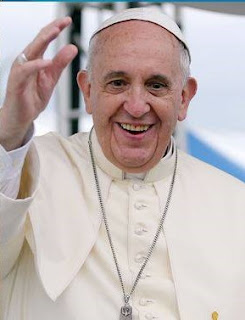 There might be a word in here for clergy. Pope Francis reflected on bishops who “supervise/oversee” versus those who “keep watch,” like a shepherd: "Overseeing refers more to a concern for doctrine and habits, whereas keeping watch is more about making sure that there be salt and light in people’s hearts… To watch over it is enough to be awake, sharp, quick. To keep watch you need also to be meek, patient, and constant in proven charity. Overseeing and watching over suggest a certain degree of control. Keeping watch, on the other hand, suggests hope, the hope of the merciful Father who keeps watch over the processes in the hearts of his children."


Colossians 1:11-20 is one of the Bible’s most eloquent texts, proving beyond a shadow of a doubt that the Da Vinci Code’s version of the divinization of Christ (by Constantine in the 4th century?) is a laughable hoax. Twenty years after the crucifixion, Christians are singing (and yes, verses 15-20 were probably an early hymn!) in the most fantastic manner possible the greatness, divinity, preexistence and comprehensive power of Jesus. 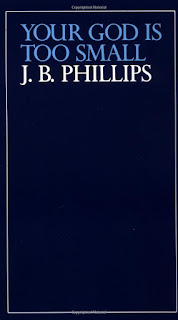 In 1953, J.B. Phillips (the Eugene Peterson of his day!) published Your God is Too Small. The title tells it all. We eviscerate Jesus, narrow him down, putting him in some small box (personal savior, prophetic revolutionary, conservative stalwart, liberal pundit, compassionate guru) – yet our text blows our mind with how great Jesus is. The words are big (fullness,all, etc.). Hifalutin philosophical terms (eikon, arche, etc.) are trotted out by Paul (or "the author of Colossians," if you prefer) to try to capture how fabulous Jesus was, is and will be, always has been and will be. Jesus is expansively amazing, over, under and beyond all of creation – reminding us that our worship of him isn’t about us; we praise, adore, listen, fall slack-jawed on our knees, dizzy from the grandeur.

Such a Christ doesn’t make your life 8% better, or get you out of a little fix now and then. “He rescued us from the power of darkness and transferred us into the kingdom of his son.” That’s big. Echoing John 1, this Christ was at creation, and everything – everything! – was made through and for him. Here’s the hope: “In him all things hold together.” It’s not the emperor, and it’s sure not you and your heroic efforts. It’s Christ – and they do hold together. 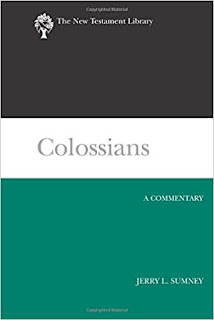 So much glory! It’s hard to find hymns (we discovered in worship planning) about God’s glory. Our music veers toward us glorying or giving glory. But God’s glory? Jerry Sumney: “Glory refers broadly to God’s majesty and power, God’s reputation as radiant power. So the strength that enables readers to live in a worthy manner derives from the power inherent in these overwhelming characteristics of God’s nature.”

Christopher Seitz points out the biblical echoes in this passage - and also that his Gentile readers would not have been familiar with this! "He is allowing Scripture to make its sense in the light of Christ's work" - and so his people are like our people, biblically illiterate and yet able to resonate to the Scriptures they don't know! 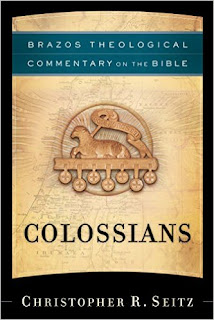 Seitz reminds us that you can't lift one line out of this text (like Arius did!); it's the whole, all the attributions held together in relationship with one another.

There’s a countercultural thread here. Jesus counters the claims of the empire, and for us of every political ideology, of every promise of money or might. Sumney again: “The church possesses an allegiance that supersedes the claims of empire. This alternative allegiance will require them to live in ways that people around them see as disruptive and perhaps subversive of even illegal.” You can’t just swoon over Jesus if you don’t see him clearly, and if you don’t embrace what he’s about. I might praise my wife incessantly, but we might still wind up divorced if our values are out of sync (reminding us of the Amos text!!!). 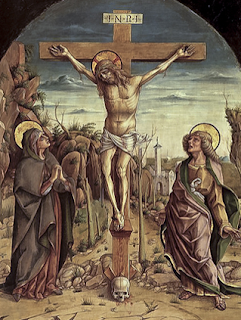 Luke 23:33-43 exposes with stark clarity the way Jesus is king – but hardly the kind of king anybody ever thought of or desired. This moment, Jesus last hours, happens at the place of the Skull – probably a rock formation so named for obvious reasons. Theologically though, we get glimpses of what is at stake in medieval art, where at the foot of Jesus’ cross we find a skull – and it is Adam’s. In the basement of the Church of the Holy Sepulchre in Jerusalem is the tomb of Adam. Fanciful – and profound. Jesus dies to overturn and redeem the death of all of us in Adam.

Jesus reveals his true self, his heart overflowing with holy compassion in the way he dies. He utters his famous “Father, forgive them” – without supplying the antecedent to “them.” Forgive the evildoers being crucified with him? The Jewish assemblage? The Roman soldiers? Maybe us too? 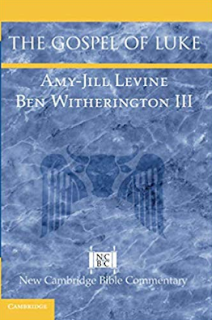 Luke alone speaks of the two being crucified on either side as “evildoers.” Amy-Jill Levine and Ben Witherington remind us that whoever they were and whatever they had done, they had stories, and families – and hope in Jesus. It’s not about deathbed conversions, but the way Jesus welcomes any and everyone in any and every circumstance into the life of his heart and hope. When preparing to preach, I will put on a recording of that simple, elegant Taize chant, “Jesus, Remember Me.”

Jesus bears the mockery nobly without retaliation. The mockers mock not just Jesus, but the Jewish people (and now the church), and all of humanity including themselves, as mockers always do. Ironically, they mock his inability to save – precisely when he is saving! 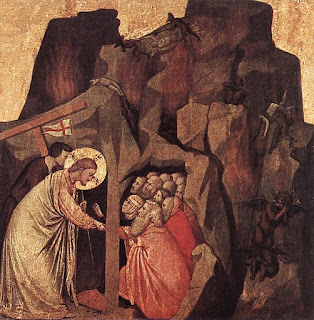 And I just learned that Giotto created his “Christ in Limbo” fresco, he depicted Christ descending into hell accompanies by the repentant convict! Of course, this Christ is the one whose royalty commenced in the virgin's womb, microscopic, then growing within, finally being born in the humblest circumstances in Bethlehem, worshipped by angels, shepherds and magi. Advent is coming.