How strange will it be to preach, as I will, to an empty room and into an iPad (on what I'm only half-joking calling "the 4th Sunday of Covid-19"), when Palm Sunday is usually a joyful throng, children dressed and waving palm branches? I suspect Jesus, even with the jubilant crowd pressing around him, never felt lonelier. Maybe I'll name that - and name people's loneliness, even when they aren't "social distancing," but more importantly to name Jesus' courage. No one understood him. When you're walking into the teeth of conflict and death, it's lonely. Jesus became lonely for us lonely people.

For the Palm Sunday proper texts, as in Jesus’ entry on the donkey into Jerusalem, I’ll refer you to my previous Palm Sunday blog post – which has illustrative material from Jesus Christ Superstar, Howard Thurman, “Shrek,” The Shack, and more. 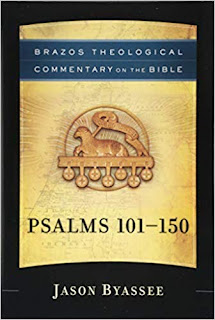 Glancing at Isaiah 50:4-9a is a reminder to the preacher to have a “listening ear,” and to “speak truth.” The exilic prophet gets abused for fulfilling all this – although clergy should be careful not to presume hostility from our people is some vindication of the pristine purity of our message. And Psalm 118:1-2, 19-29 is powerful as a recitation to open worship or during the service. Jason Byassee’s Brazos commentary, as always, is on target, reminding us how this Psalm in sandwiched between the shortest and longest Psalms, and was sung during the Festival of Sukkoth, reminding us of our transitory nature and restless quest for another home 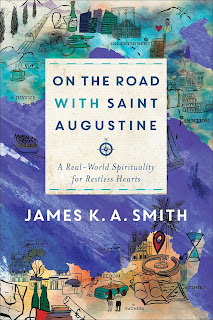 (on which James K.A. Smith’s On the Road with St. Augustine is flat out brilliant). Taking up this Psalm on Palm Sunday amps up our understanding of “This is the day the Lord has made,” often a chipper appreciation of the gift of another day: as the Hebrew leans toward meaning “This is the day on which the Lord has acted,” we then mark this day as a great act of God in Jesus’ entry into the teeth of peril in the city, culminated on the other day the Lord acted, Good Friday (or is it Easter Sunday?).

Since we read the Palms entrance story, and even the Passion narrative, and while much of it bears explanation and explication, I am continually drawn to Robert Jenson’s wisdom that the Bible gives us no “theory of the atonement.” All we get (and it is enough) is the “powerful story of the Crucifixion. There is no other story behind or beyond it that is the real story. The Gospel’s passion narrative is the authentic and entire account of God’s reconciling actions and our reconciliation. What is required is for us to tell this story to one another and to God.” And so, many years on Palm Sunday, I’ll preach on the epistle; here’s a sermon from 3 years ago, parsing Paul’s reflection on what went down during Holy Week. 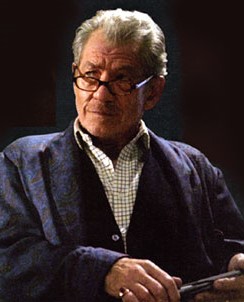 Philippians 2:5-11. We always hear this was an early Christian hymn. If so, I try to imagine a handful, maybe 4 or 5 dozen Christians gathering in somebody’s home in Ephesus or Philippi or Corinth, and what their voices sounded like together singing these words. Regardless, these words certainly debunk the hostile new atheists, the DaVinci Code foolishness, that Jesus was just a guy until Constantine decided to host a council in the 4th century and hoist divinity upon him.

This text has a takeaway: a changed mind, a new way of being. But the change isn’t moralistic at all. It’s conformity to Christ. It’s all about the glorification of Christ. My preaching on this focuses not on us or a Christlike demeanor or behavior, but on Christ. The more we fix on him, the more we will be like him; the more we glorify him, the more we exhibit his glory. 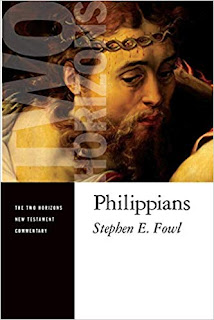 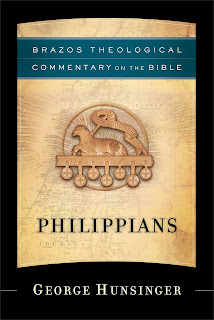 George Hunsinger, in his brand new (this month!) Brazos commentary, is especially wise on this. “Christ Jesus does not consider his glorious mode of existence as something that cannot be relinquished. He can relinquish it without ceasing to be who he is. Indeed he is never more fully who he is than in the act of relinquishing it. He relinquishes his glorious mode of existence without ceasing to be God. He does not refuse to act selflessly, at cost to himself, for the good of others.” 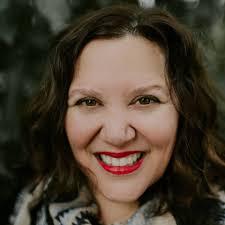 Before continuing to Hunsinger’s next thought, let’s ponder this relinquishment. My book on Birth (coming out this month!) has a chapter on Adoption – and I am awed by Kelly Nikondeha’s wisdom (in her lovely book, Adopted: The Sacrament of Belonging in a Fractured World), pondering her own adoption as a baby: “A woman scooped me out of the white-wicker bassinet in the viewing room of the adoption agency and claimed me as her own. Her physical emptiness prepared the way for my fullness.” Then, pondering the woman who bore her, she tries to fathom if her giving her child up was a rejection? or rather a relinquishment? The woman who did not have to carry the child for so long actually did, at considerable physical cost. What if surrendering your child at birth is a loving relinquishment, not rejection, a humble acquiescence in the face of crushing circumstance? Is there a surprising kinship between a birth mother relinquishing her child for another so both can have fullness of life, and Jesus laboring for us in life and in death so we might have life?

Hunsinger shrewdly suggests that Jesus’ “emptying” (kenosis) isn’t a subtraction, but addition (in keeping with the view of Athanasius, Aquinas and Barth!). Jesus lost nothing in the incarnation and crucifixion: “The incarnate Son retains his divine being, his attributes, and their exercise.” Such delicious paradox here! Hunsinger eloquently sums up the Patristic view of this text: “The ineffable mystery of this event is beyond full comprehension. Their antitheses stand like a flaming sword guarding a threshold impenetrable to the human mind. Any attempt to resolve the tensions leads only to error.” 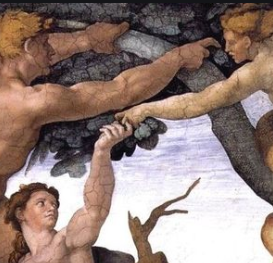 Notice I’m shrinking from offering illustrative material here. There’s really nothing like what Jesus did. Can the preacher trust the Jesus story, or the image of the crucified One, without dressing it up or lunging to “make it relevant?” There’s this, on the human side: Adam and Eve got snookered about what it means to be “like God,” thinking it’s power, or what Paul calls “the thing to be grasped,” harpagmon hegeisthai, something you cling to for yourself, something used for your own advantage. Being like God looks like Christ, being for others, sacrificing your all. Paul didn’t even say “Go be humble,” assuming we know what humility is; no, Paul says “Take on Christ’s prior humility.” Think of someone you know who is “humble,” self-effacing, modest, a good listener maybe. All well and good. But Christ’s humility is a bit different, superior (or oddly inferior!). 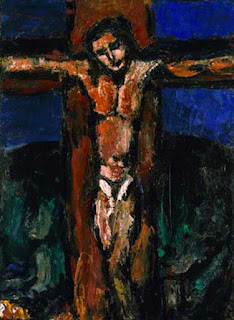 We can be sure Rome, with its clanging armor, swords and opulence, thought they humbled him. But it was Jesus’ choice, not an accident. The world saw Roman might clamping down on one more victim. “But it was God’s will to bruise him” (Isaiah 53:10). Stephen Fowl explains why this matters: “If Christ’s life was freely offered up in obedience, then although Rome can take his life, Rome cannot make Christ its victim. Ironically, they become the unwitting agents in God’s plan of salvation… On the cross, Christ’s body becomes the place where Rome’s pretensions are overwhelmed by the power of God.”

Jesus did this. Ours is to retell the story, and to be in awe and wonder. The preacher leads the way for the people. The preacher exhibits her own awe, his own wonder, inviting the people to join us in singing our own hymn about the glory of the humble Christ.
Posted by James C. Howell at 12:14 PM